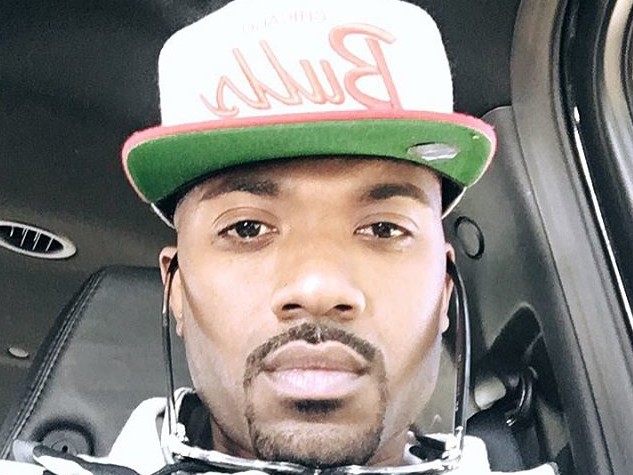 Los Angeles, CA – Ray J holds nothing back on his first single from Raydemption, “Famous,” completely obliterating the relationship we’ve all come to know and love (or despise) as Kanye and Kim Kardashian-West. The song comes amid Kanye West’s hospitalization after he canceled the remaining dates of his Saint Pablo Tour.

The record features Chris Brown, who also has a few choice words for his ex-girlfriends as well as Baylee Currant, who attempted to get Brown locked up over claims of threatening her with a gun.

“She fucked me for fame, look in her eyes,” he sings. “She was the first one to sign on the line/ She was the real one to plan it all out/ Look at the family, they walk around proud/ All because she had my dick in her mouth.” See all the lyrics here.

When Kanye West revealed his visual for “Famous,” it featured Ray J on a tableau of nude celebrity wax figures, right next to his ex, Kim Kardashian-West. Ray says the song caused issues between him and his then fiancée (and now wife), Princess Love.

“I’m engaged. My marriage is all messed up ’cause of craziness,” he said while speaking with Entertainment Tonight. “I’m not part of nothing crazy. I walk down a good path. [My fiancée] tripping. It’s all bad in my world, and that ain’t cool. Don’t put me part of nothing that’s weird, that don’t make no sense.”

Similarly, Drake came at Kid Cudi on “Two Birds, One Stone,” while he was in rehab and received criticism for releasing the song while Cudi was obviously going through depression and anxiety issues. Some even demanded Drizzy donate the profits from the song to a charity focused on mental health issues.

In this case, fans are split between the palpable timely release of “Famous.” While some are defending Ray J for releasing the song during Ye’s hard time, others are clowning Ray J for being, well, Ray J.