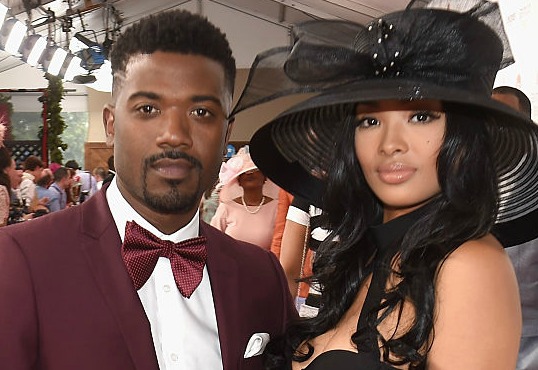 Los Angeles, CA – Kanye West is a homewrecker, crazy as hell and a nuisance, according to a fraction of the butt-naked celebrities who appeared in his new “Famous” video in their wax figure form.

Former president George W. Bush — who was infamously outed by West for “not caring about black people during a 2006 Hurricane Katrina telethon — already said his piece over the intentionally controversial video and there are a lot of suspect “quotes” from Taylor Swift’s camp floating around the Internet. But now Chris Brown and Ray J are speaking out with two polar opposite reactions.

Breezy, whose nude likeness is wedged in between former girlfriend Rihanna and Taylor Swift, laughed it off, wondering, of all things, why his ass had to be the center focus of his portrayal in the nearly 10-minute video.

“Why I gotta have the plumbers butt/ crack showing WAX figure?,” he said on Instagram with a barrage of emojis before adding, “This nigga KANYE CRAZY, talented, but crazy ????.”

“I’m engaged. My marriage is all messed up ’cause of craziness. I’m not part of nothing crazy. I walk down a good path,” he continued. “[My fiancée] tripping. It’s all bad in my world, and that ain’t cool. “Don’t put me part of nothing that’s weird, that don’t make no sense,” he said before asking “Can I grow up?”

Fans of LHHH can attest to Princess Love’s physical way of expressing herself but Ray J can’t exactly hide his hands in this cold war over KK either. In 2013, he released a self-explanatory titled single in “I Hit It First,” and the video featured a Kim Kardashian look-a-like and Kanye is just getting around to responding. On The Life of Pablo, the album that hosts “Famous,” Ray J is mentioned on another record titled “Highlights” where Yeezy raps: “I bet me and Ray J would be friends/If we ain’t love the same bitch/Yeah, he might have hit it first/Only problem is I’m rich.”

On the flipside, Ray J’s manager Wack 100, had nothing but heat and tough talk for Kanye, telling TMZ’s cameras “If they didn’t show Ray J with his dick in Kim Kardashian’s mouth, tell Kanye to go back and reshoot that shit.”

“Tell that nigga he a long way from Chicago. He better watch his muthafuckin’ mouth,” he snarled.

Wack 100 also manages The Game, who has been close with Kanye for years, so don’t be surprised if this ordeal is resolved without a hint of violence.

One thing is for certain, Kanye is getting the attention he sought out when he created the video. In a recent tweet & delete scenario, he begged one of the 11 celebrities to take legal action over the clip.

Take a look at all the recent madness caused by the Kanye West “Famous” video below.