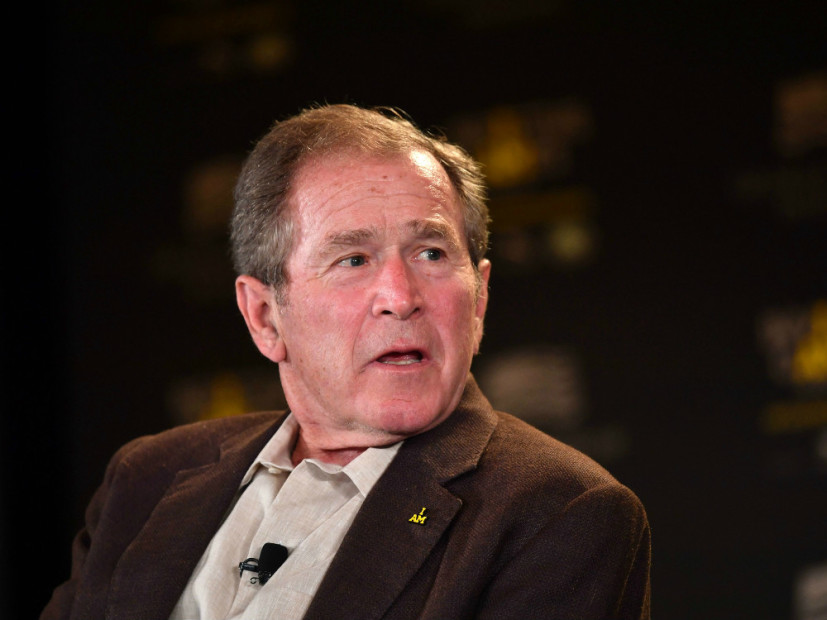 Following last Friday’s (June 24) premiere of Kanye West’s controversial video to his equally contentious The Life Of Pablo cut “Famous,” only Chris Brown has publicly offered his opinion on the visual.

Now, a few days after the video was debuted at The Forum in Los Angeles, California, a representative of former POTUS George W. Bush issued a short statement to TMZ.

“In case there was any doubt … that is not President Bush,” the rep said, adding: “He [W] is in much better shape.”

During a recent interview with Vanity Fair, Kanye West West revealed that the celebrities chosen for the “Famous” video have had some impact or influence on his journey to fame, including his ex-lovers, industry friends, family and anyone else who has contributed to his controversial trek to stardom.

“Maybe in some alternative universe me and George Bush could have been friends,” West said to Vanity Fair. “I could have been his O.J. Simpson black friend on the golf course.”

Taylor Swift, the impetus behind one of the song’s most controversial lines, is reportedly irked at her inclusion in the video.

“Taylor is livid,” a source is quoted as telling Hollywood Life. “Taylor is horrified [by the ‘Famous’ music video]. Taylor didn’t know what to do when she heard about what Kanye did. She is bewildered, feels betrayed and is beyond frustrated with Kanye. It is like a complete nightmare. Taylor is pissed to say the least!”