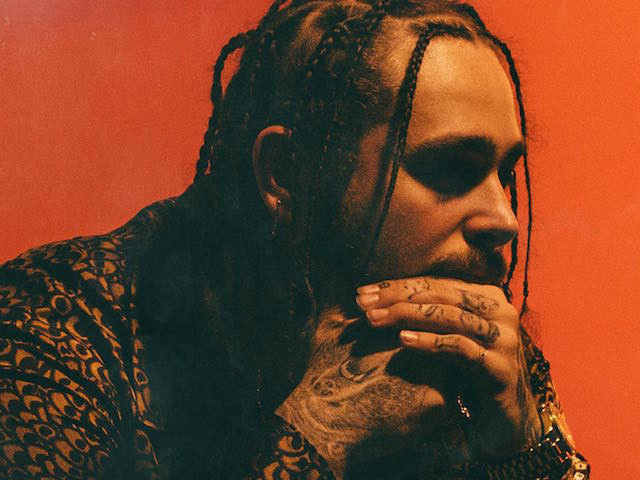 Post Malone’s debut album is here. After breaking onto the scene with the release of “White Iverson” nearly two years ago, the Dallas MC dropped Stoney today (December 9).

The album, based off an old nickname, was initially announced in January with a March release date and a promise to “change the world.”

The deluxe version of Stoney is made up of 18 tracks, including “White Iverson,” along with features from Quavo, 2 Chainz, Kehlani and Justin Bieber.

(This article was last updated November 4, 2016 and is as follows.)

Post Malone is finally set to drop his debut album before year’s end.

With Stoney set for a December 9 release date, the Dallas MC shared the album’s tracklist via iTunes pre-order.

Stoney will be made up of 14 tracks and include features from Kehlani, Justin Bieber and 2 Chainz. Malone dropped “Congratulations” with Quavo to help promote the LP.

And yes, “White Iverson” will be on there.

Pre-order Post Malone’s Stoney album at iTunes and check out the tracklist below.

(This article was first published November 3, 2016 and is as follows.)

Post Malone is ready to take his success to the next level as he announced the release date for his debut album, Stoney, on Instagram yesterday (November 2).

Stoney is due out December 9 with iTunes pre-order scheduled to begin November 4.

The album was first announced in January, slated for a March release with a promise that it would “change the world.” That was pushed back and said to be dropping in August where Post Malone also shared that the inspiration for the title Stoney is based on an old nickname.

The Dallas MC burst onto the national stage with the release of his “White Iverson” single last year, which got a co-sign from The Answer himself even if some didn’t like the track.