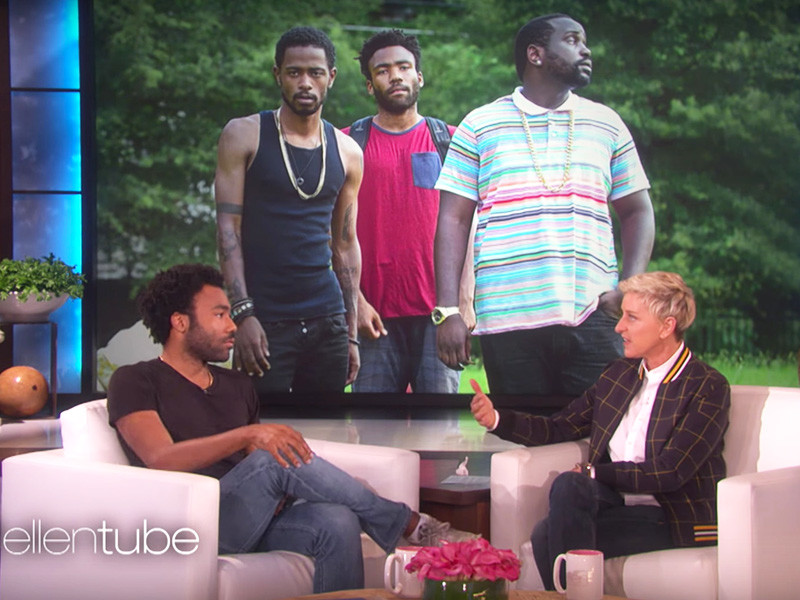 Over the past decade, Donald Glover (A.K.A. rapper Childish Gambino) has proved that he can do pretty much anything — from his comedy beginnings with Derrick Comedy and Community, to his successful albums Camp and Because the Internet and now his success with creating, writing and starring in FX’s Atlanta.

Glover appeared on The Ellen DeGeneres Show this week to talk about everything he has achieved, including the recent announcement that he’ll play the part of a young Lando Calrissian in the as-yet-unnamed Han Solo-centric Star Wars spin-off.

Speaking to Ellen, Glover said “I’m very honoured. It’s a very big deal. There’s this thing going around the internet of me in a Star Wars t-shirt when I was in high school … That was the first toy I had — Lando. My dad gave it to me.”

Glover also revealed that when he told his father about the role, his mom was in the back yelling at her son not to screw it up. “‘Don’t mess it up. Don’t mess this up.’ Because Billy Dee is like … That’s hers.”

In the short clip posted online, Glover also discusses the success of his FX show Atlanta that he writes, directs and stars in. Of the show, Glover said “I just wanted to make ‘Twin Peaks’ with rappers … It’s very particular. I just wanted to show how it was growing up in Atlanta. I always had these weird feelings, I was like how do I exude that? I think we get it, it’s just weird to be filming in your hometown.”

At just 33 and with his PHAROS live experience creating buzz ahead of a possible album release, it looks like there’s a lot more to come from the mind of Donald Glover.