Coolio Sentenced For Gun Possession As Judge Comments On His Hair 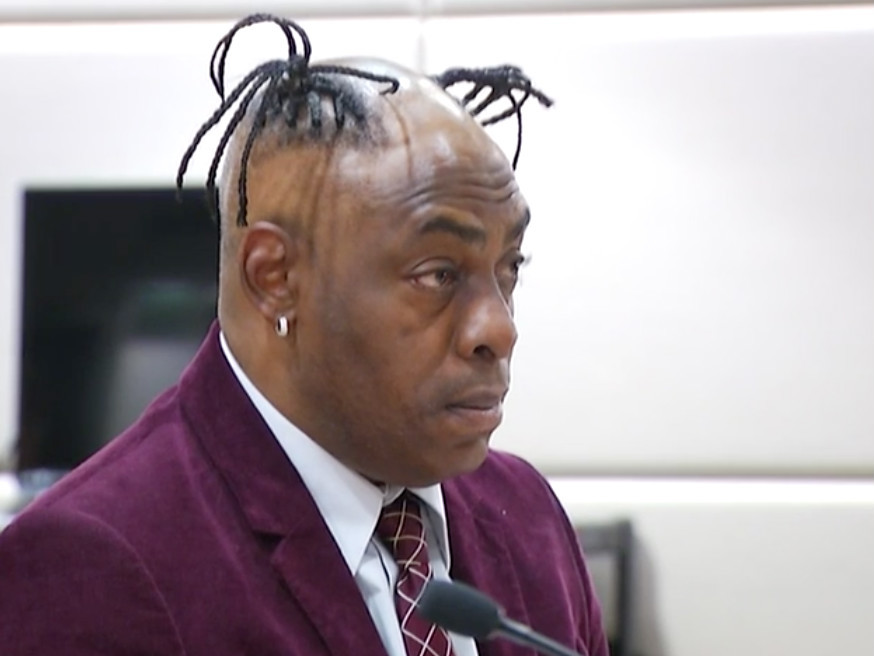 Los Angeles, CA – Coolio’s gun possession case is closed after he pleaded guilty and was sentenced today (October 26), according to NBC4.

His sentence consists of three years probation and 45 days of community service after he was arrested at LAX last month when security found a loaded, stolen gun in his bag.

While explaining the terms of the case, the judge warned Coolio about seeing him again — this isn’t the first time he’s faced the rapper — and comments on Coolio’s signature hairstyle.

“You’ve got a different little hairstyle going here, in the past — but it suits you I guess,” he says.

If Coolio, who wore a purple velvet suit to court, catches any more gun charges while he’s on probation, the sentence can be intensified, including to time in prison. But the judge says that with good behavior for a year, the felony for the initial charge can be lowered to a misdemeanor. And at the end of the three years with good behavior, he can get the charge expunged, or removed, from his record.

Coolio seemed frustrated with the charges, but says he got a good deal out of the case.

“It was a misunderstanding and I do not condone the use of firearms illegal or legal,” he told reporters after his sentencing. “And thanks to the court and the attorneys for handling this for me so I can still do the good work that I do in the community.”

Watch the video of Coolio’s sentencing below via TMZ.