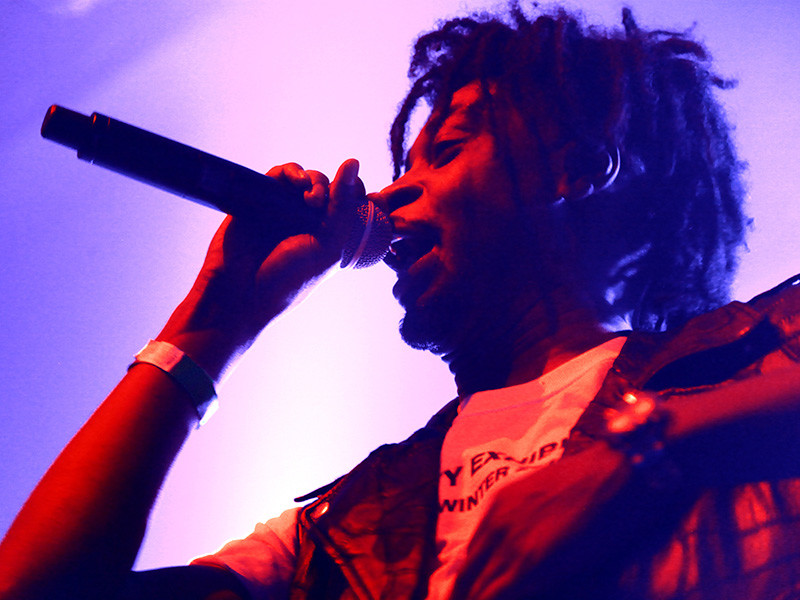 A couple got engaged in front of hundreds of Danny Brown fans this past Friday (October 21) in one of the dopest proposals we’ve seen in a long time.

Midway through his performance, Brown, who was playing in Dallas, Texas, invited the lovebirds onto the stage and gave them both a hug. Immediately after, the man makes a move that is sure to change his and his partner’s life forever.

Taking the mic and talking to the crowd, the dude announces, “This is the first day in two months that I’ve seen this girl … Just out of the blue we were like let’s see if Danny Brown is going to be in town while you will be here.”

“And sure enough, Dan Brown was in fucking town. So I just want to ask you one question babe…”

The man then gets down on one knee while the crowd loses its mind, a reaction only topped by the lady saying yes and jumping into his arms. The crowd loves it and even Danny Brown does a double-fist pump in celebration.

Journalist Matthew Goodman was on hand to capture the magic moment in all its glory, and you can watch the full video below. The footage has already picked up a couple of hundred retweets.

Congratulations to the couple that just got engaged at the Danny Brown show and had an amazing lead in to the rest of your lives pic.twitter.com/0p49bN2eG5

So remember ladies, if you haven’t seen your man in a couple of months and he’s just invited you to go see a Danny Brown show, you know what’s in the cards…