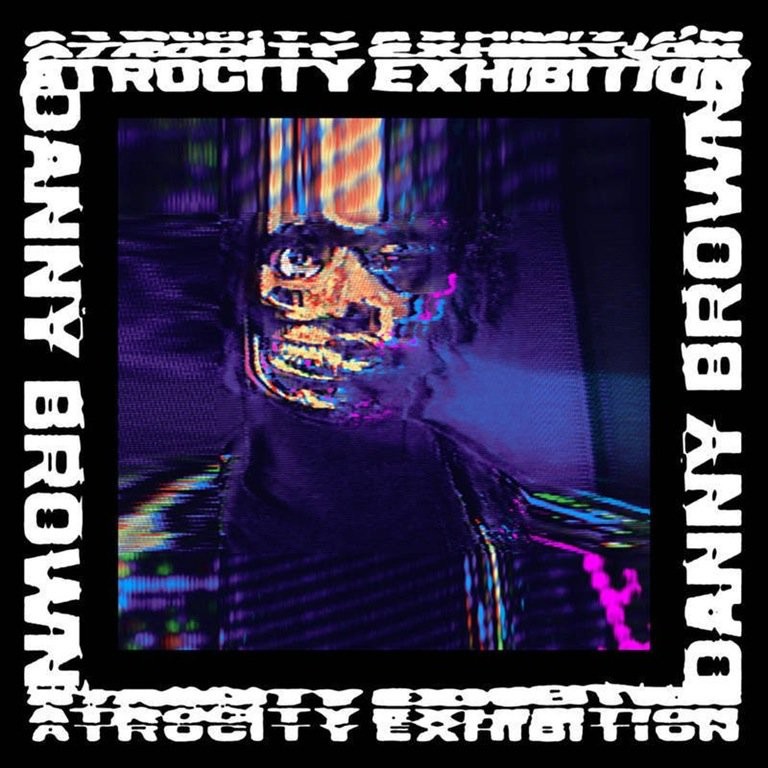 The Fifth Edition of the Diagnostic and Statistical Manual of Mental Disorders (DSM-5) has many flaws. Although early editions (most notably the 3rd) helped the psychiatric field find a footing in the 21st century, providing accessible common language interpretation of various mental illnesses, the text has only become more pedantic and convoluted in recent times. It’s expansive in its inclusion but narrow in its categorization: it’s hard to gauge severity, distinguish between persistent and fleeting issues or just diagnose someone in general. There’s a lot of guesswork, so much so that there’s plenty of room for error even when a skilled orator like Danny Brown blatantly states: “Depression is serious y’all think I do drugs cause it’s fun … I would no other way to escape.” How long has he been depressed? Does he experience anxiety? Are both these just comorbids distracting us from his addiction? Is his addiction genetic or is it a learned habit? Was it caused by childhood trauma that resulted in PTSD? Wait — is Mr. Brown bipolar?

Danny claiming “my whole family addicts,” over a chest-tightening sample of the Joy Division song Atrocity Exhibition was named after, isn’t enough to form a diagnosis – it only raises more questions. In a way, this is exactly what the Detroit wordsmith’s fourth, and most challenging album is about. On paper, it reads like a laundry list of symptoms hastily concocted by a manic mind at the peak of his delirium. You can almost envision Danny in a dark room, self-diagnosing at 3 a.m. until he realizes all the white lines on his table have magically disappeared and takes a break to go score some more uncut. Where Danny Brown’s sophomore effort, XXX, was a race against the Grim Reaper, and Old was him surveying the fallout of his tumultuous path to stardom, Atrocity Exhibition is the rapper wondering just how the hell he’s reached the previously-unfathomable age of 35. With age, survivor’s guilt was picked up as an additional symptom.

But, with age, Danny’s talents have only become sharper, his creativity now at an inhibited high. Just look at the lead single: “When It Rain” is an unapologetic, frantic ode to his hometown that sees Danny dodging literal showers of bullets with elusively odd time signatures over a noisy beat that dares you try and stay seated. With $70,000 worth of cleared samples, longtime collaborators Paul White, Black Milk and Alchemist, along with select others, help turn this project into the answer to Danny’s existential crisis. It sounds like the album he’s been waiting to make his entire life. It’s grounded in the present as Danny uses tours to escape from the CNN-blues (“cops killing niggas every day like protocol/watch the TV, turn on the news/make a nigga feel like/he listened to blues”), but sonically flits from genre to genre as the rapper’s well-documented obsession with music of all sorts comes to fruition in the most memorable manner. Pink Floyd’s Nick Mason, German metal band Embryo and dance-punk outfit Pulsallama both have equal real estate in Danny’s mind. Mixed by TDE’s MixedByAli, songs are often sparse and abrupt, glitching their way in and out of rotation. Although the unconventional song structures and ostensibly clashing influences may create an unsettling experience for some, this is Hip Hop’s most sonically focused project since Kendrick’s To Pimp a Butterfly (which, ironically, Danny was supposed to be on).

Atrocity Exhibition is like one long, bad acid trip. Various corridors of your psyche are opened and shut involuntarily while you play the role of passenger. Danny walks around in the dark, “hearing ghost-es,” with nothing on but a bathrobe and a pinky ring (“Downward Spiral”), occasionally tripping over the carcasses of rappers and beats he’s conquered (“Hell For It”). He finds comfort in knowing he’s talented. However, these flashes of machismo aren’t as prevalent as on his previous works. Instead, they now serve as moments of humorous respite between the less joyful shrieks for help. The album opens with him sweating out some Molly, paying for a threesome and attempting to have unprotected sex despite the insane amount of Schedule 1 drugs in his system that prevent him from rising to the occasion. And it only get’s weirder from there: the defiant highlight “Ain’t It Funny” sees him spitting “might need rehab, but to me that shit pussy,” and sets off a three-track cocaine binge that ends with Danny counting heartbeats by the end of “White Lines.” It’s hard to stay grounded when even your fans are handing you drugs, thinking they’re showing you love — “kinda fucked up,” is right.

The most rewarding aspect of Atrocity Exhibition is the ease with which Danny Brown conducts this freakshow. The straightforward dichotomy of Old’s Side A and Side B put his creativity under question and the precise trainwreck presented here seems like a direct rebuttal. The highs (“Dance in the Water”) still come with the lows (“From the Ground”), the mania (“Downward Spiral”) is still balanced by sobering introspection (“Tell Me What I Don’t Know”), but it all coexists in a web of paranoia that Danny recounts in a disarmingly matter-of-fact fashion. He seems more complacent than he does despondent. His voice still fluctuates between his trademark shrill squawk and an equally gripping deadpan, but the execution has only found more nuance. From the first bar, Danny slams the naively eager listener’s face into a table full of blow and forces them into one uncomfortable situation after another, peeling back their eyelids Clockwork Orange-style. Rather than reel in his eccentricity, he delivers one of the most polarizing rap albums of 2016; a high-stakes juggling act that sees him puking up vile lyrics about cunnilingus one moment, whispering profound insight the next. The DSM-V may not be able to properly diagnose the self-proclaimed “Adderall Admiral,” but he’s clearly found a worthwhile method of treatment through his art.