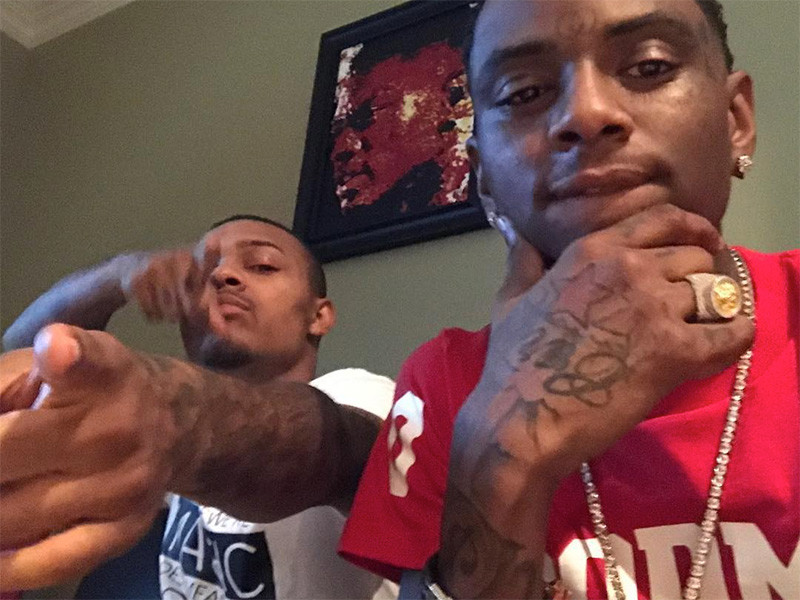 Soulja Boy and Bow Wow fulfilled their promise of a joint album and Ignorant Shit is now before us.

The collaborative project stands at 11 tracks and features Rich The Kid on “All About Paper.” The LP is full of fierce bars from both Bow Wow and Soulja Boy, including on the seven-minute title track where both gloat on their commercial success and Soulja says he’ll take Kendall and Kylie Jenner to Hawaii.

Bow Wow previously announced that he was preparing his swan song in the rap game, an album executive produced by Snoop Dogg . So Shad Moss fans can look forward to one more Bow Wow album before he leaves for good.

Soulja Boy has been busy musically this year, releasing the King Soulja 5 and Rockstar mixtapes as well as the Better Late Than Never album besides picking up a writing credit for Beyonce’s LEMONADE.

Stream Bow Wow and Soulja Boy’s Ignorant Shit above and check out the cover art and tracklist below.

(This article was first published October 23, 2016 and is as follows.)

Soulja Boy and Bow Wow have come together musically for a joint album called Ignorant Shit that is being described as the soundtrack to “a young rich nigga life.”

Shad Moss unveiled the cover art for Ignorant Shit today (October 23) on Instagram, announcing a Tuesday release date. (There’s also a November 5 date associated with the project, but the most recent posts all point to Tuesday, which would presumably mean October 25). Moss also makes reference to an upcoming tour in support of the project.

Soulja Boy also posted a clip of the “Marco Polo” rappers miming to an unnamed track from the forthcoming project.

Bow Wow previously announced he was hanging up his rap gloves to focus on acting, later revealing he never wanted to be a rapper in the first place. He also agreed that his catalogue was lacking a classic album.

“My whole life i hated rapping,” Shad tweeted in May. “Folks dont know that. I always wanted to be a comedian growing up. I wanted to act.”

It appears that Bow Wow has had a change of heart inspired by Soulja Boy — or maybe he just lost a bet to him playing NBA 2K17.