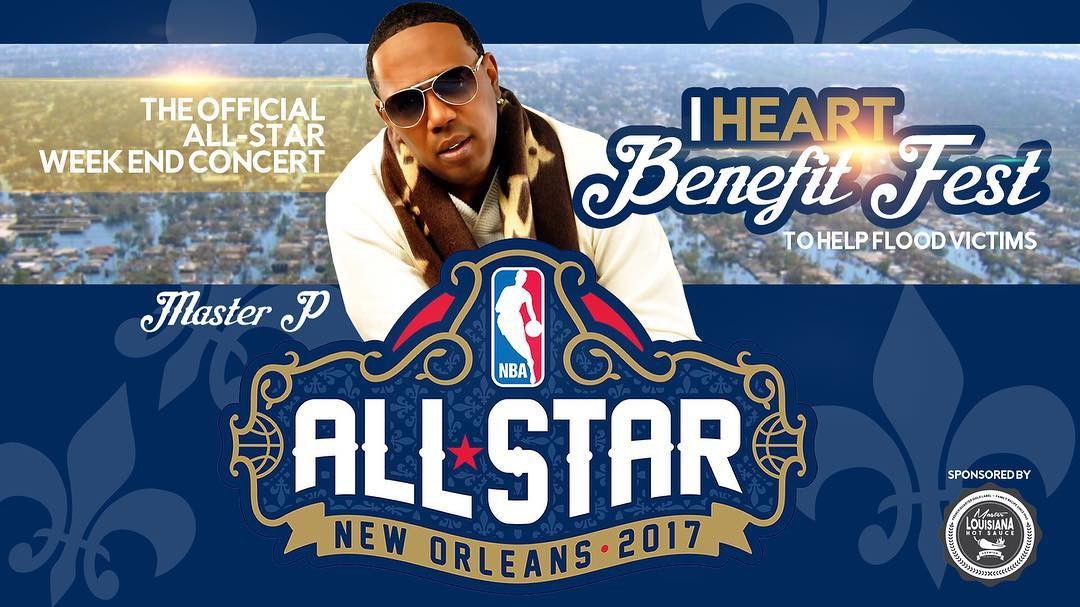 New Orleans, LA – If you thought Drake put on for Toronto when the Canadian city hosted NBA All-Star weekend, Master P is not letting the festivities come through his hometown of New Orleans without putting his stamp on it.

Master P is partnering with iHeart for a special concert event benefitting victims of the floods in Baton Rouge, Louisiana, HipHopDX exclusively reports. The show will go down February 18 and feature a who’s who of talent.

“I want all the athletes to come out, we are going to have all the top celebrities there from Usher to Lil Wayne,” the No Limit boss says in a statement to DX. “When people look at the floods and a lot of victims, they are not back in their homes yet in Baton Rouge, and I feel like for All-Star Weekend, even though this will be a fun event, It will be a way for everyone to do their part, so this concert will be great for our people and Baton Rouge.”

Percy Miller himself was once a part of the NBA in the late 1990s as he had a short stint with the Charlotte Hornets during training camp and once scored eight points in an exhibition game for the Toronto Raptors.

Now, he is set to unite his city through the sport he loves.