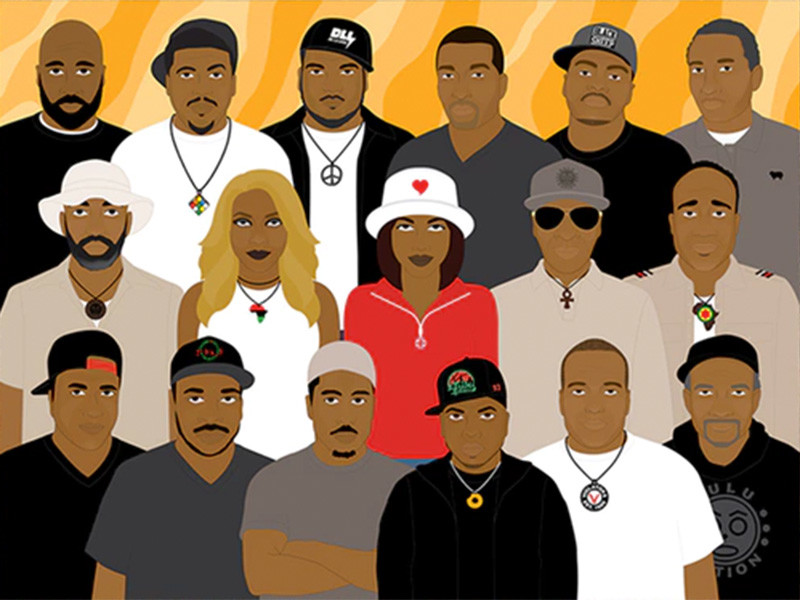 “The definitive documentary about the legendary Native Tongue Posse,” has turned to Kickstarter to help raise funds for the film, which will detail the rise of Native Tongues.

Prominent in the ’80s and ’90s, the Native Tongues collective was made up of a number of Hip Hop heavies, including De La Soul and A Tribe Called Quest.

Those behind the documentary on the noted rap collective, currently titled Speaking In Tongues: The Legend Of The Native Tongue Posse, have set a financial goal of $48,000.

A description for Speaking In Tongues states that the “celebratory tale” will be told by original members of Native Tongues.

“The film is a celebratory tale — told by the Posse’s original members — of what happens when a group of proverbial ‘new kids’ choose individuality over conformity to become hip hop’s new ‘cool kids,'” the description reads. “It’s the first ever, complete look at a collective that not only made timeless art-filled masterpieces in the form of recorded music, but also championed individuality while spreading messages of Afrocentrism and self-awareness.”

For those willing to dish out dough for the documentary, there are several rewards.

On the lower end, those who donate $30 or more will receive a Native Tongues poster designed by Amy Cinnamon. And with a donation of $10,000 or more, donors will receive credit as executive producer of Speaking In Tongues, as well as a handful of other perks.

Speaking In Tongues doesn’t serve as the first time the story of Native Tongues has attempted to makes its way to the screen.

In 2014, Q-Tip, Leonardo DiCaprio, and Jonah Hill created a television series loosely based on the Tribe Called Quest rapper’s time spent as a member of the Native Tongues. The trio was reportedly set to pitch the show to various networks.

Check the trailer below and donate here.