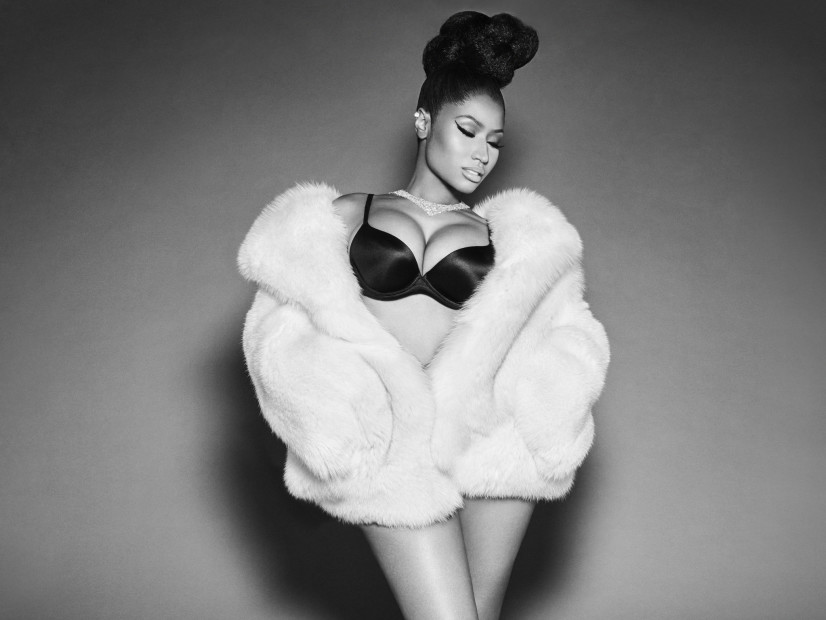 New York, NY – Nicki Minaj covers the November issue of Marie Claire to share why collaborating with Beyonce on music was a move she made to help inspire young girls and women.

Bey and Nicki made music magic with the release of “Flawless (Remix),” a cut off of the Houston mega-star’s self-titled album and the Hit-Boy-produced “Feelin’ Myself,” off Nick’s The Pinkprint project.

“Every time Bey and I do something together, I see how women are inspired, and it has nothing to do with how we look,” she says. “It has to do with how we are owning who we are and telling other women you should be the boss of your own career and the brains behind your life or your decisions or your art. I just love that feeling.”

When it comes to gaining inspiration from Yonce and her husband Jay Z, Minaj says she’s always looked to Jay for career inspiration. She previously confessed how Bey inspired her to have a family and get married one day.

“I don’t need to read a book about [business],” the Queens, New York native says. “I can look at someone’s career and just pinpoint the dos and the don’ts, and the one person I’ve done that with for my entire career was Jay Z. He did such a great job being an authentic street guy and a businessman, and I was like, Why aren’t there women doing that, taking the success from rap and channeling it into their empire? I felt like anything he could do, I could do.”

The magazine and full interview with Nicki Minaj will be on newsstands October 18.