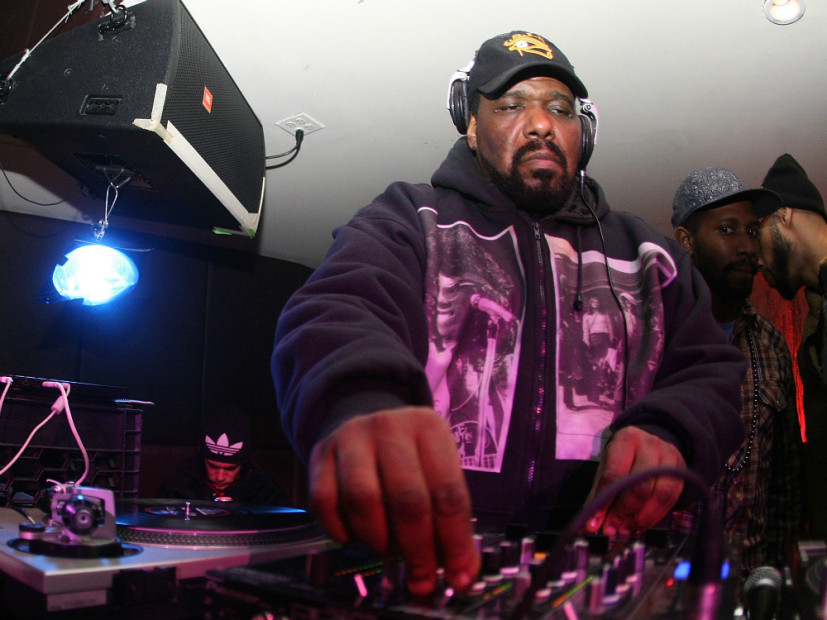 Afrika Bambaataa has been the subject of perhaps the biggest controversy of 2016. It started around March when Ronald Savage went on DJ Star’s radio show to accuse the Hip Hop pioneer of molesting him as a teenager. The politician also wrote about the incidents in his book and at least three more alleged victims of the legend came forward to share their stories of abuse.

In a recent feature story, VICE sets the stage for what reportedly happened to the victims and finds that Bambaataa seemingly preyed on young boys who trusted him.

“He was a father figure to me,” Savage says. “I looked up to him as someone doing something positive. I looked at him as a role model, because the role model I looked up to in my house was an alcoholic. I used to see my father always arguing and fighting with my mother, and I didn’t see that in Bam. So that’s how I had the attachment to him.”

The New York pioneer would reportedly enlist the locals to become crate boys, which was a role that was a great honor at the time. The young men often came from broken homes and had little sense of direction.

“Crate boys are pretty common in Hip hop — apprentice DJs trying to learn the craft or looking for a career in the music industry,” Steven Hager, Hip Hop historian and former New York Daily News and Village Voice reporter, said. “But nobody cultivated or recruited them like Bam.”

Another alleged victim, Hassan “Poppy” Campbell, has a similar story of Bambaataa taking him under his wing. He compares him to an “uncle who paid your way through college, but molested you,” especially after the Zulu Nation founder helped him get back on his feet after a stint in jail.

“Bam was like the godfather,” he added. “A lot of parents in our community were on drugs, and Bam took advantage of that.”

Bambaataa would reportedly groom his victims by showing them a book of penises and then move forward with more aggressive behavior including oral sex. A third alleged victim, who is simply named as Troy, explained that he went to the man for dating advice at the age of 13.

“I figured I’d go see Bam because he was like an older brother,” he explained. “He said, ‘You know about getting head and all that?’ At that age, you don’t think about stuff like that. Well, at least I didn’t.”

Some, including KRS-One have defended the pioneer, saying that his legacy should not be tarnished with the allegations. Bambaataa has repeatedly denied the claims and still remains a widely respected figure in many circles.

The statute of limitations is up for any of the accusers to have Bambaataa charged criminally. The three men interviewed by VICE aren’t seeking legal action, but hope their stories raise awareness and Savage says he would like an apology.

Campbell says he did receive an apology from Bambaataa, although he said it seemed contrived.

“He was crying,” Campbell recalled. “He apologized. He tried to say that he wasn’t doing that to no more kids. But I know he was lying.”

Bambaataa has been a powerful man in the Hip Hop world and the Zulu Nation would reportedly use intimidation to keep his alleged victims, who come from as far away as Brazil, quiet. The organization, which at first issued statements to deny Bambaataa’s actions, is now under new leadership and has sought to distance itself from the 59-year-old.

Zulu King El One, spokesperson for the Nation, has been an advocate for the alleged victims and decries the organization’s intimidation tactics. He says that now, nobody knows where Bambaataa is.