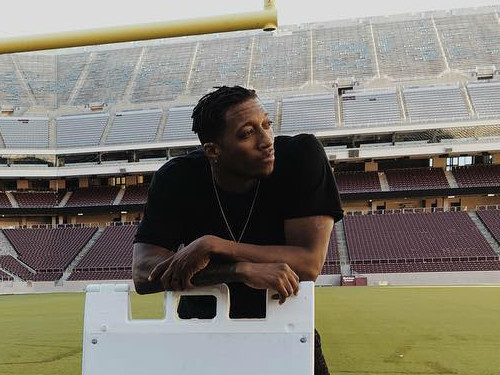 While some commentators continue to struggle to place a label on Lecrae’s genre of music, one thing is clear: the ATL-based artist is not afraid to leave the swagger and bravado outside when he steps into the booth. It’s that unfiltered honesty on wax that helped Lecrae to win the GRAMMYs for Best Contemporary Christian Music Performance/Song for “Messengers” in 2014 and Best Gospel Album for Gravity two years earlier.

In a genre that’s riddled with braggadocio raps about the streets, Lecrae openly admits to playing an OG and big brother role to other artists in the game, one being Chief Keef.

During a recent interview on Elliot Wilson’s Rap Radar Podcast, Lecrae recalled sharing his phone number with Chief Keef when the two bumped into each other in New York. The Reach Records founder mentioned the incident on the Church Clothes 3 track “Freedom” and now shares more details. Coincidentally, this exchange took place after Lecrae finished having a conversation with Bow Wow about the Chicago rapper.

“I really care,” Lecrae said about other artists. “I seen him in the street. It was late at night, him and all his crew was hanging out outside Times Square … I think sometimes people will juxtapose me to people who may be talking about shooting [or] whatever. It’s a whole history and system that has kind of created this environment where this type of stuff is happening. I’m not saying we don’t take personal responsibility but it’s systemic.

“I’m trying to empower and help,” Lecrae added. “I don’t always talk about what I’m doing but I’m doing it … It was like a God moment. I’m walking down the street with my homies … I seen Chief Keef just chilling outside some foreign car. Just by coincidence, him and all his boys was chiefin’, no pun intended. I said what’s up and I said, ‘I just wanna let you know, man, I know it’s difficult out here being a young dude in this industry and all these people coming at you and you wrestling through all these particular things, man. Here, take my number. If you ever wanna talk about whatever, this is what I’m on. No judgment, man. I’m just here.’ It was like a real moment. It was dope.”

Elsewhere in the interview, Lecrae touches on a string of topics, including his faith, performance at the BET Hip Hop Awards, YG knowing who he is because he won a GRAMMY, and Big K.R.I.T. not realizing the backlash the rapper would receive for having him on the Gravity cut “Mayday.”

Listen to the entire interview here.