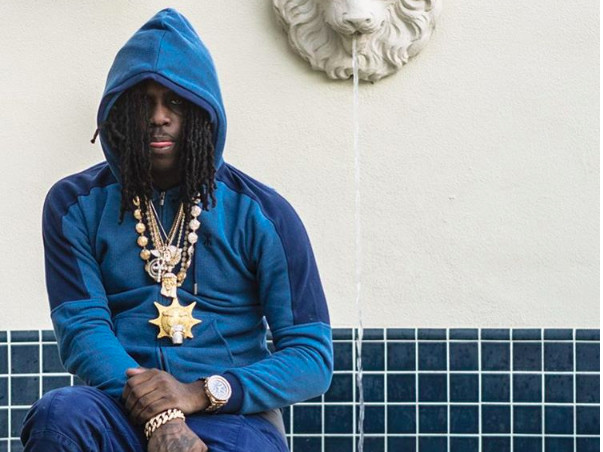 During a recent concert, Chief Keef exploded into a profanity-laden rant about current rappers with “colored hair,” who participate in “all that gay-ass shit” before declaring a major comeback in 2017. Sosa can be heard saying, “All these faggot-ass niggas rapping today? Shaking they booties and all that gay-ass shit? Until 2017, that’s how long they got … on my kids, on blood.”

He also made reference to rappers who dye their hair, seemingly singling out rappers like Lil Yachty and Lil Uzi Vert, who both routinely dye their hair red, green or whatever other color they’re feeling at the time.

This isn’t the first time Sosa has stirred up controversy. It’s gotten so bad, the BET Network once banned him from their channels. Bow Wow first reported the news a few weeks ago via an Instagram post, saying, “BET banned Sosa. I was fighting to get Sosa on 106 it was no go from the uppers. They really black balled him from mainstream its crazy.”

Bow Wow quickly followed up with another post assuring his fans Sosa would be welcome on his late night talk show, “Up With Bow Wow. ”

A litany of comments followed on Twitter, of course, and found many fans chiming in with their thoughts on Sosa’s outburst, which were mostly positive. Check out a few reactions below.

My boy not playing https://t.co/qEQzEu0mQF

LMAOOO we all know who he Talmbout https://t.co/A24CyS3DgZ