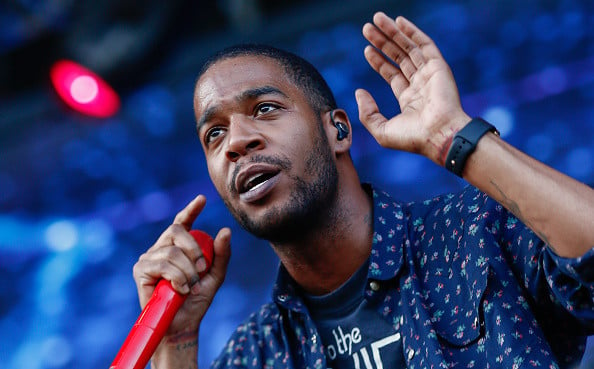 Twitterverse – As the last remnants of yesterday, October 4, waned, Kid Cudi made the shocking yet earnest revelation that he had checked himself into rehab for not only being depressed but being plagued by constant thoughts of committing suicide.

The self-proclaimed “lonely stoner” had always wallowed in the melancholy since the inception of his successful music career and he faced his demons head on in an open Facebook post that quickly spread like wildfire.

“Yesterday I checked myself into rehab for depression and suicidal urges,” Cudi humbly admitted before continuing with, “I am not at peace. I haven’t been since you’ve known me. If I didn’t come here, I would’ve done something to myself.

“I simply am a damaged human swimming in a pool of emotions everyday of my life. Theres a ragin violent storm inside of my heart at all times. Idk what peace feels like. Idk how to relax. My anxiety and depression have ruled my life for as long as I can remember and I never leave the house because of it. I cant make new friends because of it. I dont trust anyone because of it.”

Fans and social media onlookers rallied around the 32-year-old superstar, as the point has since amassed more than 44,000 comments and more than 110,000 shares for others to see.

On Twitter, a cathartic conversation amongst black males, as it’s largely perceived that showing weakness within the African American community is frowned upon and discouraged.

According to the keen eyes over at to Huffington Post, the #YouGoodMan hashtag was birthed after @DaynaLNuckolls and @TheCosby discussed the need for black men to have a space to open discuss the state of their mental health without fear of shame or reprimand.

Not soon after, several others joined the conversation including veteran rapper Donwill. Many other members of the Hip Hop community voiced their support for Kid Cudi.

Take a look at some of the candid participation from the #YouGoodMan hashtag down below. Once again, HipHopDX encourages anyone who is feeling in a state of no return to call the National Suicide Prevention Lifeline: 1-800-273-8255.

Operators are standing by around the clock to hear you out.

Just found out about #YouGoodMan and thankful that it's allowing a safe space for us to discuss mental health.

a lot of the .stop .waiting ep is about just that and it was hard to share that stuff tbh but imo that made it more necessary. #YouGoodMan

feeling like you can't talk about your depression and anxiety only makes it worse. I'm glad ppl are shaking the stigma #YouGoodMan

No matter what we think, we are not alone. #YouGoodMan https://t.co/6Qy5UfiumN

Hey brothas, I hope we can talk about our mental health today via #yougoodman. I will share about my own struggles as well.

#YouGoodMan?⚡️ "Black Men Are Giving Themselves A Space To Talk About Mental Health"https://t.co/BkfoRYULI3

To all my brothers dealing with depression, anxiety, and other mental health issues, you're not alone out here. #YouGoodMan

Two weeks ago, I told the truth about my mental and emotional state. It was equally as humiliating as it was liberating. #yougoodman

One time for the women holding down the fellas.

"I deserve to have peace. I deserve to be happy and smiling." YOU SURE DO @KidCudi ?Many ppl are proud of you rn & cheering u on #YouGoodMan pic.twitter.com/uB1L4tZDDk

I'm here for #YouGoodMan. We got you. We love you. https://t.co/vJwkoq9lbG

How many youth/millennial culture setups that get money off black male cool canre and reflect on the mental health of black men? #yougoodman

This #YouGoodMan conversation is so important and appreciated. #MentalHealth #BlackLivesMatter

It's okay if you're struggling with mental illness, and it's okay to seek help. Neither is shameful. Your feelings are valid. #YouGoodMan

Yo @KidCudi keep yo head up bro! Stay down. You got fans who love you bro and your baby girl. The real know your talented.positivity! #OH10

Praying for you big bro. We love you @KidCudi ??

You are a warrior. You will fight this battle and you will win @KidCudi

Sending love to you brother @KidCudi you have saved so many lives with your message I know God will be there for you in your time of need.

@KidCudi ?? my prayers are with u!

Get well soon king cudi @KidCudi ?? we all praying for you.

Sending my love to @KidCudi we love u legend

Kid Cudi has done so much through his music for myself & others. He deserves to be happy & in a positive mental state. Prayers up for him.