DJ Khaled Needs His Woman & Kandypens In "Do You Mind" Visuals 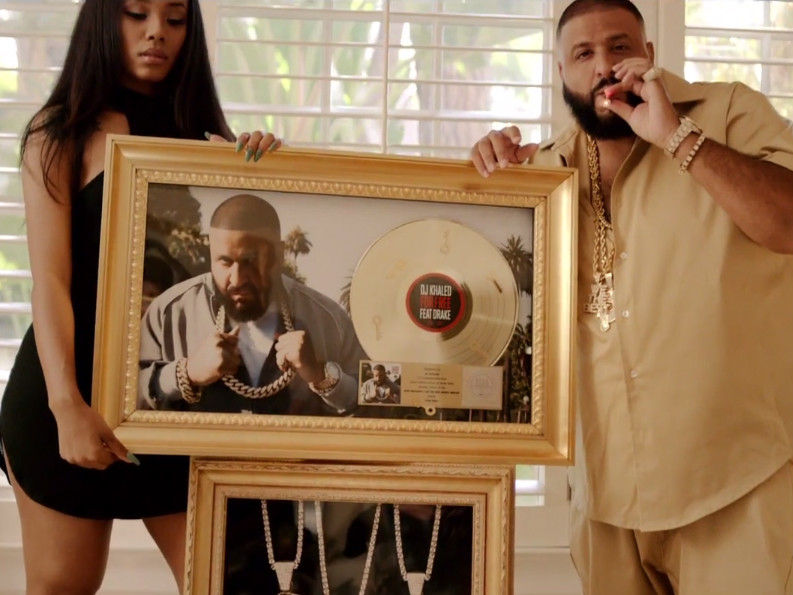 DJ Khaled is likely experiencing one of the best years of his life. At last night’s (October 4) 2016 BET Hip Hop Awards, he was named “MVP of the Year,” “DJ of the Year” and “Hustler of the Year,” in addition to hosting the event. It’s clearly well deserved. His Major Key album reached #1 on the Billboard Top 200 chart and he’s been touring the world on Beyonce’s Formation World Tour, which grossed over $123 million.

As bottles of champagne and vodka were presumably being cracked at record speed and colorful Kandypens were being doled out like, well, candy, DJ Khaled dropped the video for “Do You Mind,” a Major Key offering, which features ample vocal contributions from Chris Brown, Nicki Minaj, Rick Ross, Future, August Alsina and Jeremih.

Beginning with a domestic squabble between Khaled and the lady of the house (or mansion), the video follows Khaled as he pines for his love to understand the moves he’s making and to be patient with him as he continues to grind. Thankfully, he has a few Kandypens on deck when he wants to have a little leisure time. He and his cohorts can be found puffing on the beautifully crafted vape pens in a few different scenes.

When he wants to celebrate his gold and platinum albums, he takes a puff

Want to look slick? Pull out a special box made specifically for Kandypens

In a reflective mood? Grab a Kandypen

Fat Joe, Remy Ma, Chris Brown, 50 Cent, French Montana, Nas, Kanye, Young Thug, Tyga, Jadakiss, K-Camp, Kid Ink, and Fetty Wap have all featured the brand in their videos. Considering Kandypens is named the best vaporizer of 2016 by High Times, that makes sense. According to the popular marijuana publication, the brand represents the newest generation of pen vaporizers with a stellar combination of popular technology and flashy design. A clear winner has been chosen—Kandypens is the go-to choice for vaping in the Hip Hop and Rap community.