T.I. Explains Why He Votes 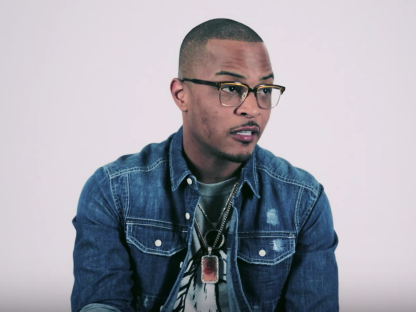 T.I. opened up about some of the reasons why he votes during a recent sit-down for VEVO’s “Why I Vote” campaign.

Before discussing the Reagan-era crack cocaine epidemic, the ATL heavyweight, who will not be voting for Donald Trump, first discussed the criminal justice system and how it has affected him throughout his life.

“I grew up on the West side of Atlanta, late ‘80s, earlier ‘90s,” he said. “That’s when you started experiencing people being gone for a long time. Like, ‘You heard about such and such? Man, he just got 15 years. He just got 20 years.’ As a child, it gave you an early understanding of where this environment can take you. Like, ‘Wait a minute. Is this gonna happen to me?’”

T.I. also shared a personal experience of how losing a relative to the criminal justice system affected him.

“My uncle, that was the first person who I knew that went to prison,” he said. “They gave him 10 years for conspiracy for distribution of cocaine. It was kind of unreal to me. That was the only person who took some real time to mold me as a man, and when he went away, it was ridiculous. It was like ‘nah, nah, this ain’t real. You mean 10 real years?’”

TIP later spoke on the crack epidemic that ignited during President Reagan’s tenure in office. The war on drugs rages on today and was addressed by a Jay Z-narrated op-ed last month.

“The war on drugs was formed because of crack cocaine,” T.I. continued. “Crack cocaine was introduced to the Black neighborhoods. Nobody just all of a sudden learned how to put baking soda with water and cocaine to make a cheaper version that’s more potent. We ain’t no damn chemists and scientists. We didn’t come up with that.”

Elsewhere, TIP also outlined why he thinks privatising the prison system is wrong and unconstitutional.

The full video can be viewed below: