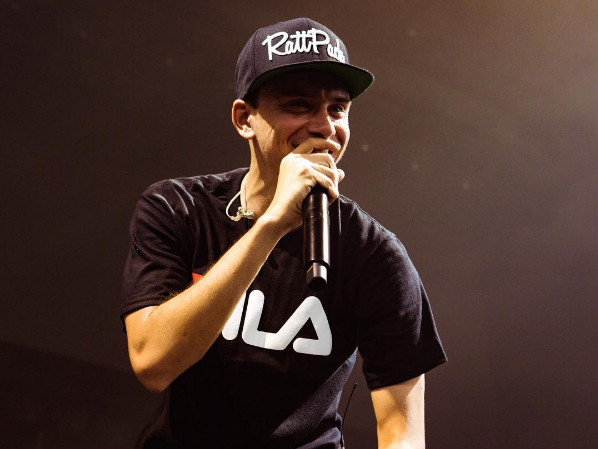 Los Angeles – Sir Robert Bryson Hall II, better known as the Logic to fast rap enthusiasts everywhere, recently popped up on an episode of Dan Harmon’s “Harmontown” podcast and explained what the title of his forthcoming album AfricAryaN means. Growing up as a biracial male, he’s experienced first-hand the discrimination and stereotyping that often comes along with it.

“Scientifically proven, the first man and woman [are] from Africa, and over time, culturally evolving into a lighter and lighter and much more fairer skin,” he said. “So the album is going to be called ‘AfricAryaN.’ And it’s about me being black and white and seeing life from two sides.”

Logic explains what “AfricAryaN” the album will be about, and what it means to him. Watch this! pic.twitter.com/xFgLG6SthW — TheRattPack301 (@TheRattPack301) October 3, 2016

He went on to say, “It’s about me being black and white, and seeing life from two sides, and about that cultural evolution and how you can go from the darkest of skin to the lightest of skin,” but apparently failed to grasp “cultural evolution” has very little to do with skin complexion. Twitter, naturally, had a field day with this. Below are a few reactions Noisey’s original article on Logic generated.

@NoiseyMusic oh man, when you watch the video at the end of the article then this headline makes sense?. Logic just mad a boo boo — Sizzling Samoosa (@lastonthereg) October 4, 2016

Logic’s last album, Bobby Tarantino, was released back in July of this year.

AfricAryaN is expected to arrive sometime in early 2017, as Logic told HipHopDX on Twitter.