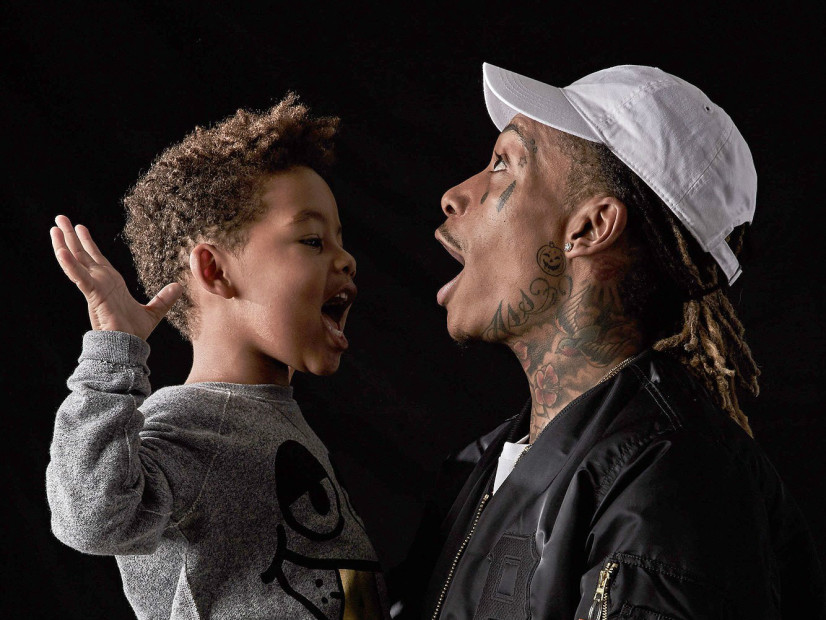 Wiz Khalifa is preparing to release the “BASH” clothing line in honor of his three-year-old son, Sebastian. According to PEOPLE, the collection is a collaboration with Los Angeles-based company Junk Food Clothing.

“All the designs are based around Sebastian — all of his hobbies and the things that he’s into. I just really wanted it to feel personal to him, so when he sees it, he gets excited,” the Pittsburgh rapper says. “He’s 3 years old, so he might not understand the concept of having his own clothing line. But the fact that all of his favorite things are all over his clothes, it makes him feel special; it makes him entertained by what he’s wearing.”

Khalifa says the line, which features T-shirts, sweatshirts and jackets for men and boys, is inspired by his own appreciation for comfort. He sought to blend his own journey into maturity with his son’s favorite things, including pumpkins.

Bash appeared on Khalifa’s self-titled album earlier this year. He is the only child of the MC and his ex-wife, Amber Rose.

The “BASH” clothing line is set to drop October 15 and be available at Junk Food’s store in Venice, California and online at the Junk Food website. Prices range from $35 to $50 for the children’s styles and $45 to $80 for the men’s designs with the bomber jacket costing $150 and $250.

Check out some looks from the “BASH” collection below.