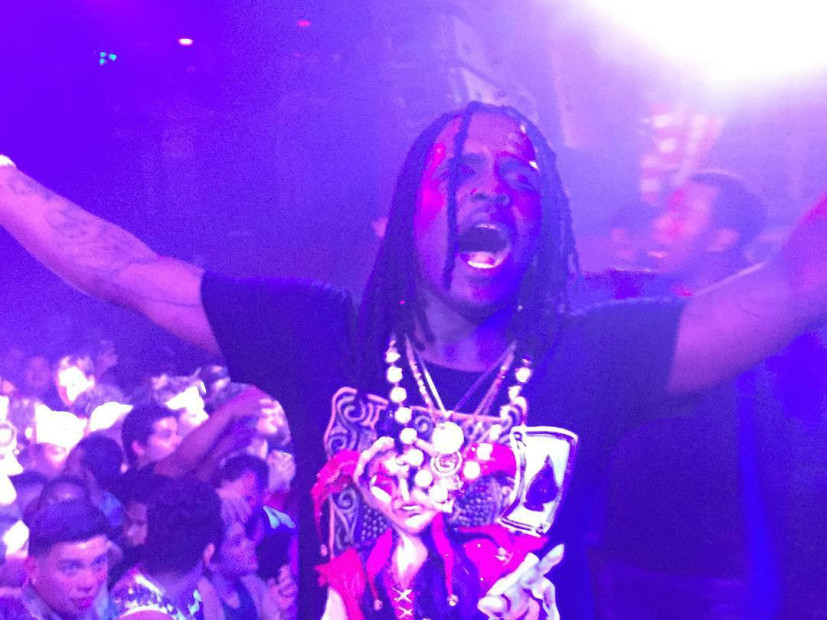 Chief Keef was apparently the latest victim of an attempted chain snatching as video surfaced of him being confronted during a show in Seattle Sunday (October 2). The Chicago rapper is on stage when security surround him while he’s seemingly stuck in the crowd.

ATTENTION ALL RAPPERS… GOONS FROM ALL OVER ARE ALERTING US THAT ITS CHAIN SNATCHING SEASON.. GUARD YA NECK!!! THEY JUST TRIED TO TAKE #CHIEFKEEF CHAIN LAST NIGHT IN SEATTLE… IF YA GOONS / HITTAS NOT PROTECTING UR JEWELRY .. FIRE THEM IMMEDIATELY!! Via @goldenpharaohceo

Sosa responded with an Instagram post where he neither confirms nor denies that he got his chain snatched, but he ain’t no sucker.

“Stop the shenanigans,” he says to the camera. “We smacking hoes, nigga, spitting, everything. That be fucked up for real. Fuck wrong with you? I’m a boss, not a clown.”

Chief Keef has put out a handful of singles this year, including “According To My Watch” and has been touring to show the fans some love.

He is not the only star who had threats of robbery this week as Kim Kardashian was robbed at gunpoint of $10 million in Paris. Kanye West stopped his set short at New York festival The Meadows due to the “family emergency.”