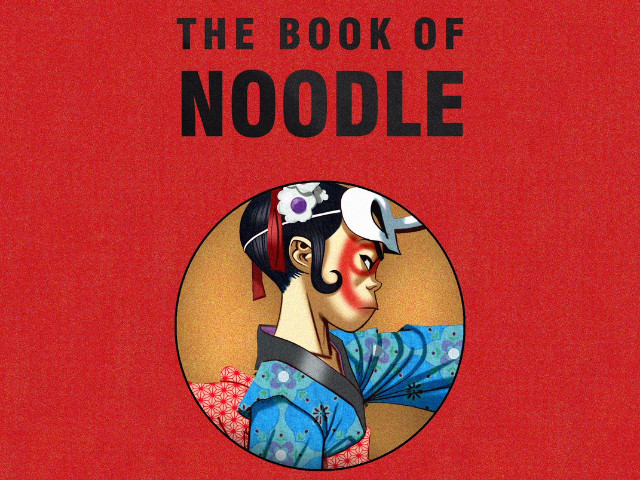 In 2010, the Jamie Hewlett and Damon Albarn creation, Gorillaz, released the album Plastic Beach, which featured artists like Little Dragon, Snoop Dogg, Bobby Womack, De La Soul, Mos Def, and members of The Clash. It was a sonic adventure full of lush compositions and well thought out storylines.

Six years later, they’ve taken it one step further with a multimedia experience in the form of “The Book of Noodle,” which begins on the fictional island of Plastic Beach. It follows cartoon guitarist Noodle in her days following an attack on her beloved island.

In the matter of 10 brief narratives and illustrations, the story follows Noodle on her journey to cut off the head of the hell demon, Mazuu, which according to the story is “like looking for a beard at an Arcade Fire concert.”

Once disguised as a geisha girl, Noodle is able to infiltrate The Demon’s Lodge and behead Mazuu, ending his earthly existence.

Continue the story below and stay tuned for upcoming information on new Gorillaz material. Studio footage of Albarn and Hewlett (and Vic Mensa) surfaced this past spring, and Snoop Dogg and De La Soul have already been confirmed as collaborators for the new project.