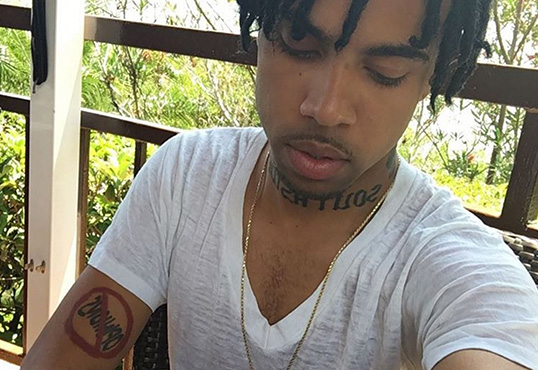 Chicago, IL – Speculation that Vic Mensa is featured on the upcoming Gorillaz release is running rampant after group collaborator Remi Kabaka (who voices the animated band’s cartoon drummer Russel Hobbs) posted a shot to Instagram of what seems to be the Chicago rapper in the studio.

Though it’s tough to determine the identity of the photo’s subject at a glance, Reddit user JordanPowers95 said the image had originally tagged Mensa, but then was edited to remove the detail. Fan account @Gorillaz.NorthAmerica reposted the picture and still has the tag up.

It wouldn’t be the first time Mensa worked with the “fictional” group that is the brainchild of Blur frontman Damon Albarn and illustrator Jamie Hewlett. In a 2014 concert in New York, Mensa subbed in for Del the Funky Homosapien on a live version of “Clint Eastwood.”

The group has teased a 2016 release date for new music, which would be their first project since 2011’s The Fall.

“I’m in the very early days on a new Gorillaz record,” Albarn explained to Rolling Stone last October. “So far, it’s really fast, and it’s got quite a lot of energy. I’ve been stuck on piano, somewhere off Broadway, for years now. I want to go somewhere completely opposite of that.”