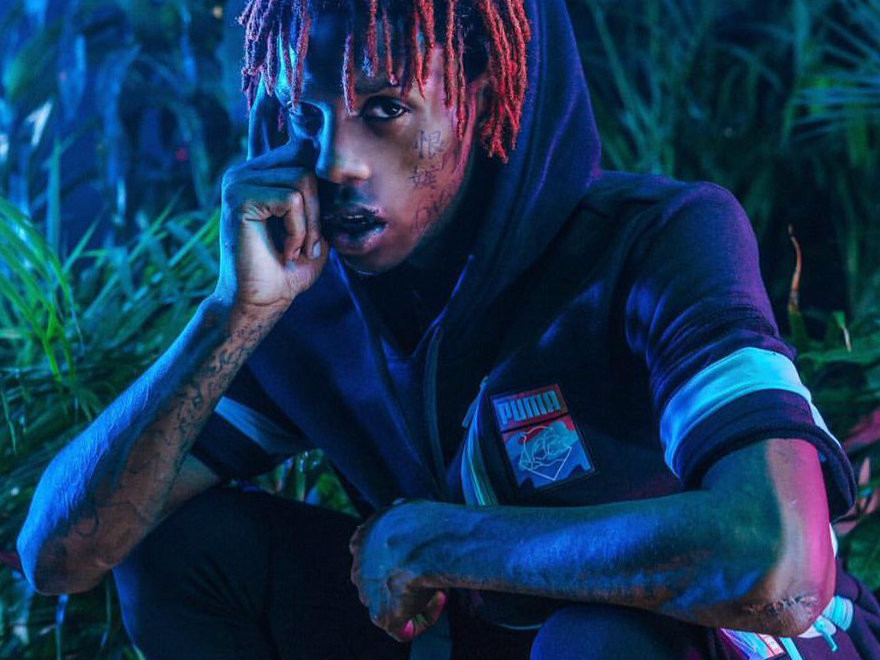 Puma wants nothing to do with Famous Dex.

The clothing brand distanced itself from the Chicago rapper after footage of him attacking his girlfriend appeared online last week.

Dex had appeared as a model for Puma’s recent “Wave Of Glory” collaboration with L.A. streetwear company Pink Dolphin. Both brands have now removed any evidence of the photoshoot from their social media accounts.

Dex shared one of the images on his own Twitter before the controversy.

Many Twitter users were calling for a response from the company after the video started making headlines.

@HannahSwinton Hello, PUMA does not condone any act of violence toward women. We do not, nor will we have, any relationship w/ Famous Dex.

In a series of now-deleted tweets, Dex addressed the video that showed him chasing a woman through a hallway before catching her and raining down punches.

“God Know Im Sorry For Flight Her She wasn’t hurt my I Cut My Hand Like WtF Im not Like That She Cheated on me an She Was Wrong God Know,” he wrote. “Me an my Girl was Fighting Ok Y’all Shit Happen I’m Not Perfect Bt it’s God Know that Problem Gone Now.”

The company’s latest tweet features model Cara Delevingne from the “Do You” campaign (overseen by Puma creative director Rihanna) with the caption “Find your voice. Then refuse to be quiet. #DoYou#PUMAWomen.”

Find your voice. Then refuse to be quiet. #DoYou #PUMAWomen pic.twitter.com/gmL3MwWwgS