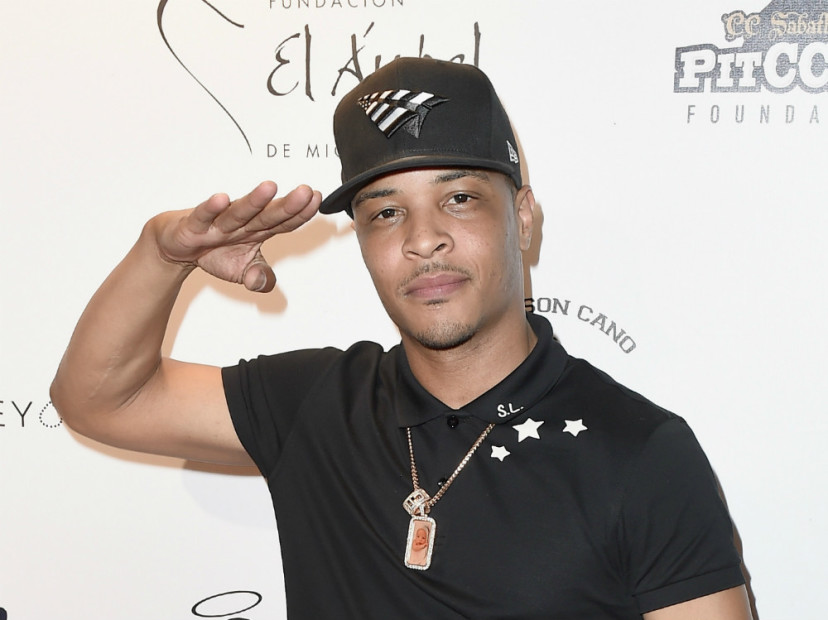 As Donald Trump lobbies for the Black vote, he got a co-sign from Don King at a recent appearance at a church in Cleveland.

King is making headlines for slipping in his speech and saying the N-word while introducing the Republican presidential candidate, much to the amusement of the mostly white crowd sitting behind him.

T.I. went right to Instagram to slam the infamous boxing promoter for his political stance, calling him all types of names.

King joins Ben Carson and former “Apprentice” star Omarosa Manigault as the (few) faces of the black community supporting Trump. The former boxing promoter served prison time in the 1960s after being convicted of “nonnegligent manslaughter” in the killing of a man who owed him $600, and was pardoned by the governor of Ohio nearly 20 years later. He was integral in the careers of Muhammad Ali, Mike Tyson and Floyd Mayweather and is often used as the poster boy for corruption of the boxing industry.

Besides the question marks on King’s resume, T.I. has been vocal about his dislike for The Donald at least since March when he directly addressed the entrepreneur in an Instagram video. He has since warned that if Trump gets elected, it’s “chains and shackles, up next.”

Plenty of other Hip Hop voices chimed in blasting Don King for his shenanigans.

The only thing Don King is missing is a shoe shine box and a spit shine rag…I thought this breed of negro died off a long time ago.

Between the murders of #TerenceCrutcher and #KeithLamont , now Don King's "negro" haiku on national tv…where tf am I??

Don King probably will be the reason I stop using the N Word for good, but I still won't talk to N Words after 5PM.

The last thing we need at a time like this is you running your mouth and hair! Enough. Trump doesn't care about you or US. #DonKing

Oh, and in case you missed it, 50 Cent made his anti-Trump sentiments very clear today as well.