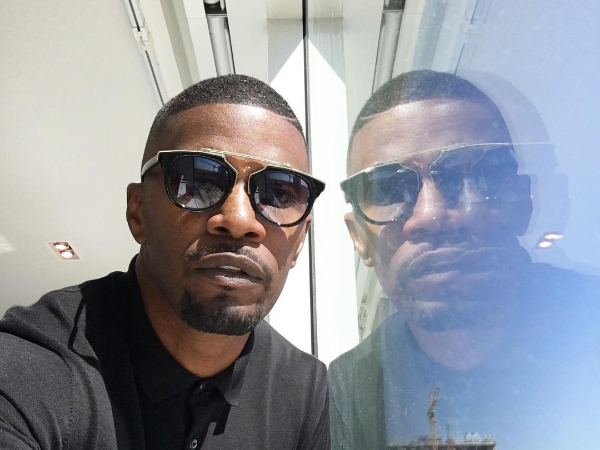 Beverly Hills, CA – When Donald Trump first announced that he was running for president last June, many predicted that his chances of getting to where he stands today were simply inconceivable. Now, however, with less than two months to go until Election Day, he stands alone as the Republican nominee to be Commander In Chief.

According to Jamie Foxx, Donald Trump’s political story will only serve to benefit Kanye West’s chances of successfully running for president in 2020, should the rapper follow through on his promise to do so.

“It’s funny for me because I’m a comic, so when I see Donald Trump, that’s a billion jokes. But then you go, ‘Wait, what the fuck? He really for real?’” Foxx said when asked about his thoughts on the presidential race so far by TMZ.

“It’s a little weird because every job you gotta have some type of experience,” Foxx continued. “Like I couldn’t just walk into the police office and say, ‘Hey, man, can I be the sergeant?’ But that’s what’s weird about being president. You actually don’t to have any experience and you got a shot. That’s why when Kanye say 2020, he really could fucking have a shot… It’s the first election where you’ve never seen nothing like this.”

“I don’t know what I’m finna lose after this, it don’t matter though because it ain’t about me, it’s about new ideas, bro, people with ideas, people who believe in truth,” the Chicago rapper said at the awards. “And yes, as you probably could’ve guessed by this moment I have decided in 2020 to run for president.”

Since the announcement, President Barack Obama, as well as the two people hoping to succeed him — Democratic candidate Hillary Clinton and the Republican front-runner Donald Trump — have reacted to Kanye’s aspirations of running in 2020.