Kanye West On Fashion: I Don't Think There's Anyone On My Side 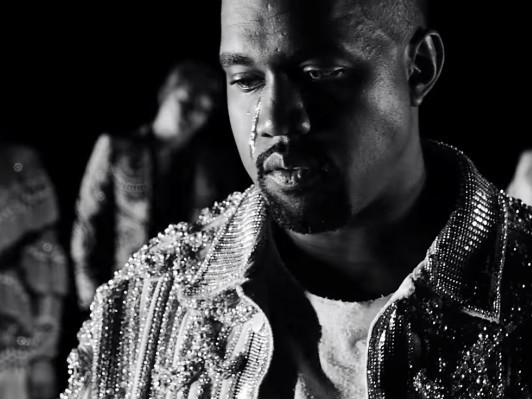 Even before his Yeezy Season 4 was unleashed on the critical public eye, Kanye West knew he was an outsider in the fashion industry. He discusses the lack of respect he receives in the business in an interview with W Magazine that took place in June and was published yesterday (September 15).

“I don’t think there’s anyone on my side,” ‘Ye says. “…to this date they do not understand who I am. They will not understand until after I’m gone. I am misunderstood and there is no one in fashion that’s on my side.

He says that the people in the fashion world don’t know about his credentials and don’t think he really knows what he’s doing. His Yeezy Season 4 show was criticized by many fashion experts, with some saying West was irresponsible for using amateur models.

“Very few people even knew that I have a fucking Ph.D. in art, you know?” the G.O.O.D. Music boss says. “And not that that would even make the difference, but me saying that makes the difference to the exact people I’m talking to it’s, like, shut the fuck up. I will fucking laser you with alien fucking eyes and explode your fucking head. Shut the fuck up – try to write a rap.”

He says that despite the doubters, success goes beyond money and he believes doing something impactful is more important than raking in the dollars.

“I am a creator and it’s my responsibility,” West continues. “There is no amount of money, like as I tell my managers right now, ‘What is your opinion of success?’ So many people look at success is just like having money. True, not having money can be a sign of a lack of success and also can deter you from being successful at other things that you do, but if you take guys like [luxury holding companies] LVMH and like Kering, they might only have two or three businesses that are actually profitable and they all work together, but they are successful at taking brands that mean something to people.”

Even with all of the negativity, West still feels like he is building something big and has already proven that with the people who are fans of his fashion from adidas execs to football players.

“Play this shit back in 10 years – I build things that mean things to people,” he says. “I make the Christmas presents, number one requested Christmas present of 2015 Christmas, going into 2016, the fucking Yeezy.”