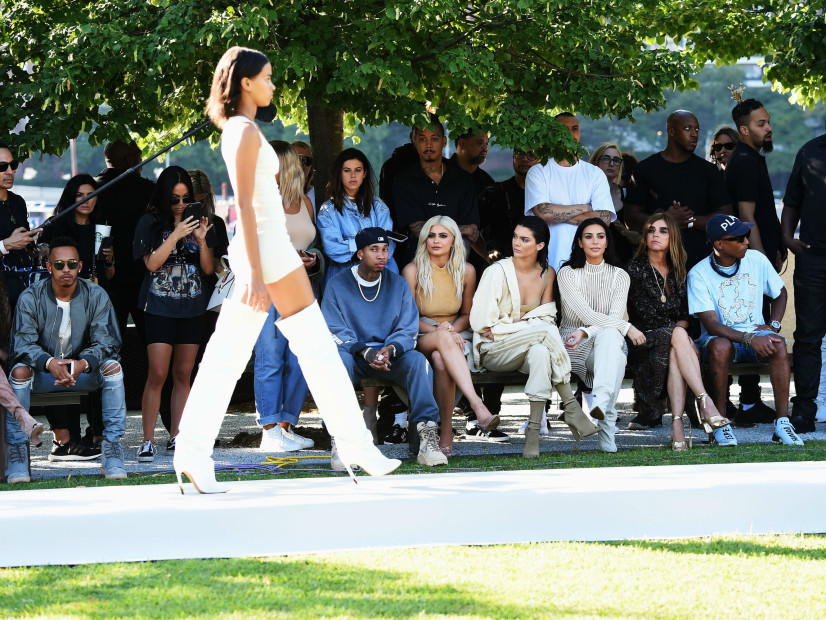 Criticism for Kanye West’s “multiracial women” casting call was apparently a foreshadowing of the disaster that would be the Yeezy Season 4 fashion show.

Stella Bugbee, editorial director of fashion outlet The Cut, was in attendance and was not pleased with Ye’s most recent event, which was also attended by Kim Kardashian, Kendall and Kylie Jenner, Tyga and Pharrell. She shared her experience via Twitter, from learning that the setting was a former smallpox hospital to witnessing models faint from standing in the heat for too long.

This is shameful and horrible and I regret coming. #YeezySeason4

Model passed out in the heat is given water by man in the audience but no one on the #YeezySeason4 team helps.

Honestly Adidas should be ashamed.

The most responsible thing we could all do would be to write NOTHING about this show. #YeezySeason4

Bugbee had second thoughts about her Yeezy Season 4 boycott and decided it was better to share her experiences in a post for The Cut where she describes the tension and confusion as the audience wondered if the falling models were part of the performance or suffering from actual heat exhaustion. She said she was especially disappointed because of the way West brought people together through the Yeezy Season 3 show at Madison Square Garden where he premiered The Life of Pablo.

Several other publications also dragged the collection, with The New York Times writing, “For a man known for his rambling, far-reaching riffs, in his fourth fashion season, it turned out Mr. West had nothing to say” and Fashionista calling it “a hellish, five hour-long detour for a show and vision that could have been executed anywhere in New York City.”

GQ caught Amina Blue, who has participated in other Yeezy shows, ditching her heels mid-runway after limping noticeably.

Yeezy model throws off her shoes half way through the show pic.twitter.com/wHUjFvCX6A

Vic Mensa was also in attendance at the Yeezy Season 4 show and shared footage of several models sitting in the grass. The Roc Nation signee didn’t seem concerned and cheered on the rest of the models as they walked.