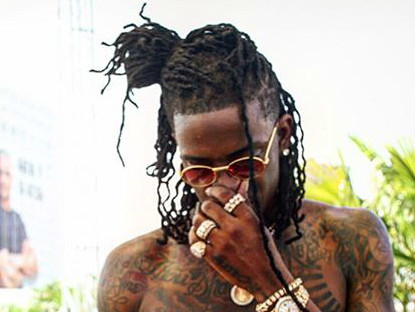 New Bern, North Carolina – Rich Homie Quan was questioned by police yesterday (September 11) after his crew was involved in a shooting outside a club in North Carolina, according to TMZ.

The Atlanta rapper‘s entourage reportedly got in an altercation that resulted in five people being shot in the parking lot of Diamond Club.

ABC 12 also reports the shooting at the venue and said victims were airlifted from the site to local hospitals. The publication does not say how many people were shot and does not identify Rich Homie Quan or his friends as being involved. But the site says the cause of the incident was that attendees had a problem with the scheduled performer.