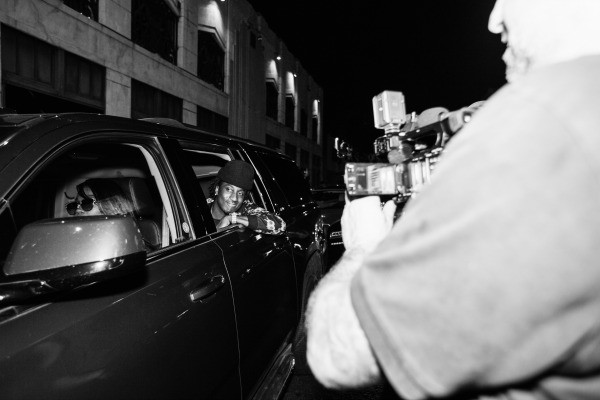 Not one to forget his loyal fans, the Atlanta native partnered with HipHopDX to create the ultimate fan listening party streamed beginning to end on Facebook Live. As K Camp also took over HipHopDX’s Twitter and Instagram, his fans had the opportunity to interact with him directly the entire day of the release and enabled them to be welcomed to a part of the industry usually only open to influencers, socialites and music executives.

As Amber Grimes (Cardi Brand Agency/427 Music) and CJ Carter of HipHopDx introduced the Hip Hop superstar, he’d be more than surprised as a host of his closest friends and members of his record label, 427 Music, each made their way to the stage to conduct various parts of the Q&A segment, and talk candidly about the process of creating the project and all that went into creating what is being held as a career highlight amongst his growing catalog.

With gifts courtesy of LA’s King Ice (jewelry) and Per diem Lifestyle Brand, along with top-shelf drinks courtesy of L.A.-based Purple Haze Liqueur, and everyone unanimously singing K Camp’s praises for Lyric Ave, it’s safe to say that he had one of the most innovative listening events of the summer.