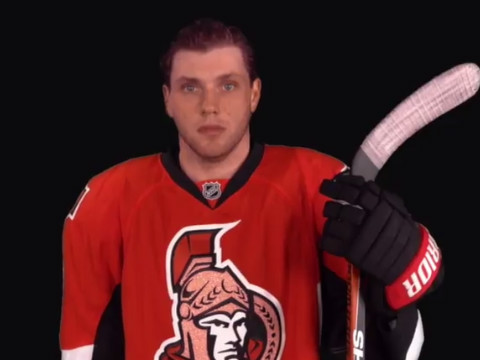 Drake’s influence is felt all over the Toronto sports world, especially when the 6 hosted the NBA All-Star Game.

Now, his reign has impacted another Canadian city as Ottawa Senators Bobby Ryan uses Drizzy’s “9” as the backdrop for the announcement of his number change from 6 to 9.

The winger used to wear the number 9 when he played for the Anaheim Ducks, but changed to 6 when he joined the Senators in 2013.

The Senators pre-season kicks off September 26.

Being from Canada, Drake probably knows a thing or two more about hockey than most rappers from the United States, where basketball reigns supreme. Drizzy wore a Pittsburgh Penguins jersey at his Pittsburgh stop of his “Summer Sixteen Tour” and he was given a Mario Lemieux jersey by the NHL legend’s daughter, Alexa.

@alexa_lemieux coming through with the best gift ever! Thank you

Another connection between Hip Hop and hockey is when NHL player (and fellow Toronto native) Anson Carter launched his Big Up Entertainment in 2005, hoping to link the sport with an urban audience.