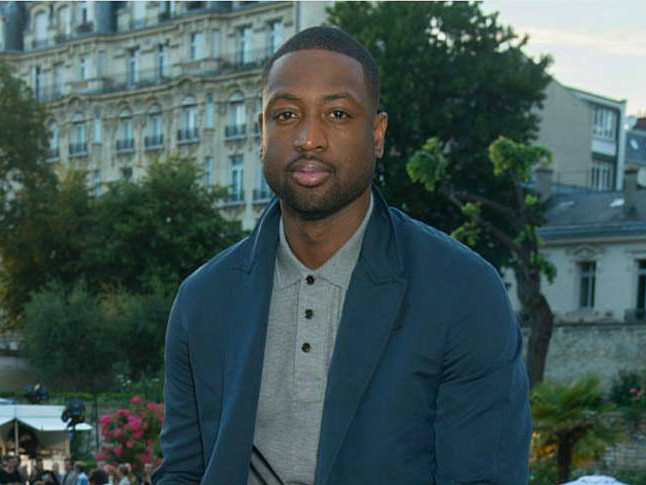 Tragedy struck Dwyane Wade’s family in Chicago yesterday when his cousin was shot and killed while pushing a baby stroller, according to the Chicago Tribune.

Nykea Aldridge was reportedly caught in gunfire when two men were shooting back and forth. She was shot in the arm and head and died after being taken to the hospital.

The 32-year-old woman had just gone to register her children for school, a family spokesperson said. The child that was with her was reportedly picked up by a relative and is unharmed. Aldridge leaves behind four children.

Wade, who signed with his hometown team the Chicago Bulls this offseason, took to Twitter to grieve his cousin’s death and call for an end to violence in the Windy City. His nephew, Darin Johnson, was shot in the leg in 2012 in a shooting that left one man dead and five injured. Johnson recovered from his injuries.

My cousin was killed today in Chicago. Another act of senseless gun violence. 4 kids lost their mom for NO REASON. Unreal. #EnoughIsEnough

The city of Chicago is hurting. We need more help& more hands on deck. Not for me and my family but for the future of our world. The YOUTH!

These young kids are screaming for help!!! #EnoughIsEnough

The Chicago Bulls also released a statement on the NBA All-Star’s loss.

“The entire Chicago Bulls organization is deeply saddened by the news of Dwyane Wade’s cousin, Nykea Aldridge,” the statement says. “We send our deepest condolences to the entire Wade family during this difficult time.”

Last month, in his introductory speech when we signed with the Bulls, Wade addressed solutions to stopping the violence in the city.

“There’s always great strength in numbers. We’ll sit down and talk about what’s the next step, what’s the best step and how that looks here in Chicago,” he said. “I haven’t been here as a player since high school, so I don’t know the lay of the land. What my family and I have always done, we’ve just tried to give back,” he said. “I live by the code: To whom much is given, much is required. I’ve been given a lot. It’s required for me to do something to help the next generation.”

Chicago was the host of ESPN’s two-day roundtable discussion about race, police relations and violence. The forums featured Rajon Rondo, Jabari Parker and Chance The Rapper.

HipHopDX sends its condolences to the family and friends of Nykea Aldridge.