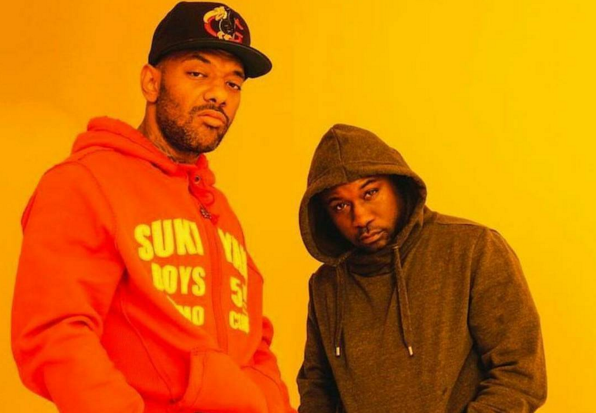 Mobb Deep Issues #ShookOnesChallenge For All The Hundred Dollar Billas

QBC – Chance The Rapper’s ingenious #SoGoneChallenge has likely run its course, but not without making as big a cultural impact one can have through social media hashtags.

Sports stars such as Dame Lillard, Dwyane Wade and Rasheed Wallace, as well as other celebrities like Kevin Hart, Keke Palmer and even the song’s originator, R&B songstress Monica all followed the trend that kept us entertained for about week.

But a couple of legendary rappers from the Queensbridge projects are saying it’s time for the realll…Hip Hop, and they have just the instrumental to command a real MC’s attention.

Less than 24 hours ago, The Infamous Mobb Deep sent out the call for the #ShookOnesChallenge, which utilizes their classic 1995 single “Shook Ones (Pt. II)” from their classic “debut,” The Infamous. Although the record isn’t renown for its commercial prowess or award show trophies, it’s widely respected as one of the greatest Hip Hop songs of all-time, even getting a second resurgence for a new generation by appearing in the most important scene of Eminem’s 2002 8 Mile film, as well as its secondary soundtrack, More Music from 8 Mile.

“No disrespect to those doing the #SoGoneChallenge but we want to know where the real spitters at?” the official Mobb Deep Instagram page wrote. Prodigy made the call so it’s on #ShookOnesChallenge let’s go! No whack Ish allowed… #InfamousSociety #IceExports #MobbDeep”

No disrespect to those doing the #SoGoneChallenge but we want to know where the real spitters at? Prodigy made the call so it’s on #ShookOnesChallenge let’s go! No whack Ish allowed… #InfamousSociety #IceExports #MobbDeep

Prodigy was less than “respectful” for his announcement of the #ShookOnesChallenge writing, “Forget that #sogonechallenge now I wanna see that #shookoneschallenge rappers, singers upload your videos with the hashtag #shookoneschallenge I’ll repost the best ones.” So far, P-Dolo has only reposted two rappers going in on over the beat. Aside from obtaining cultural reverence, the Mobb’s mission to rally the masses to get them on their 21-year-old track could result in a nice, unexpected payday. Forbes reported that streams for “So Gone” catapulted to 233% while the sales were boosted more than 400% since the day (August 10) on Apple Music alone. To all the real MCs out there, ain’t such thing as halfway anything. Take a look at some of the most entertaining submissions from the #ShookOnesChallenge down below.

I ran out of time? and the beat skipped but I’m just havin fun #shookoneschallenge #tampa #813