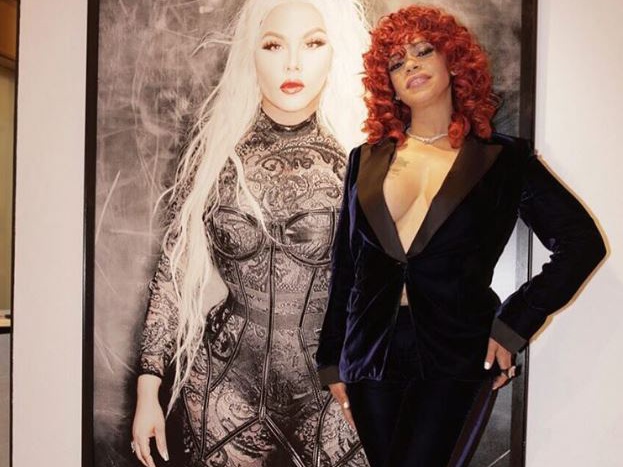 R&B songstress Faith Evans may want to take a closer look at her contracts.

Complex reports that a non-compete clause in a contract for one of her upcoming shows is now causing quite a lot of trouble.

Jeremy Hill, a promoter who booked Evans to perform at the Wolf Creek Amphitheater in Atlanta, Georgia on September 10 is suing the singer due to the clause.

According to the clause, Evans is not allowed to perform within a 100-mile radius of Hill’s concert in the six months leading up to the show in September.

Here’s where the trouble lies: The singer is currently scheduled to perform at the Bad Boy Family Reunion tour stop at Philips Arena, which is less than 20 miles away from Wolf Creek, on September 8, mere days before Hill’s show.

She allegedly booked the Bad Boy show after agreeing to the deal with Hill.

Additionally, Evans has reportedly already been paid $17,500 for her performance.

In addition to attempting to pull Evans from the Bad Boy Family Reunion show in Atlanta, Hill is also seeking $100,000 due to chatter about the singer backing out of his September 10 show.