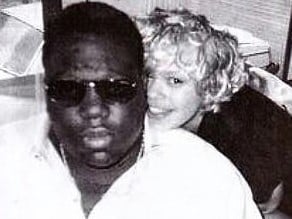 During the panel, in which many women were in attendance including Eva Marcille from America’s Next Top Model, Faith Evans revealed the potential release date for her duet album with her late husband The Notorious B.I.G. The King & I is scheduled to drop around Valentine’s Day next year.

(This article was first published March 29, 2016 by Soren Baker and is as follows.)

Faith Evans says that she’s in the “finishing stages” of The King & I, a collaborative album with The Notorious B.I.G.

“Today, if he was alive, I know, ultimately, we would’ve done something like this,” Evans says during an interview with The Dame Dash Show. “But the way the stuff has come together, and the way I’m using his vocals, it’s giving the stuff new life. It’s totally different.”

Evans and Biggie were married when he was killed in Los Angeles in March 1997. The two collaborated prior to his passing, including Evans’ appearance on his 1994 “One More Chance” single. She also teamed with Puff Daddy in 1997 for the “I’ll Be Missing You” tribute single to the late rapper.

The King & I may feature people talking about their interactions with Biggie Smalls, whether through transitional pieces on the project or interludes, Evans says. It will also feature clips from some of his interviews.

Evans is targeting a September release for The King & I. Once completed, Evans says she has plans on how she’ll present material from the collection.

“We actually are in development with a hologram, but I don’t necessarily know to what extent I’m gonna perform with it,” she says. “But I definitely want to debut it probably in the first video for the album, and maybe use it a little bit performing live. But that depends on a lot of things.”

Evans also says she wrote a stage play about her relationship with Biggie based on the content of her book, 2008’s Keep the Faith: A Memoir.

The Faith Evans portion of The Dame Dash Show begins at about 23:20.