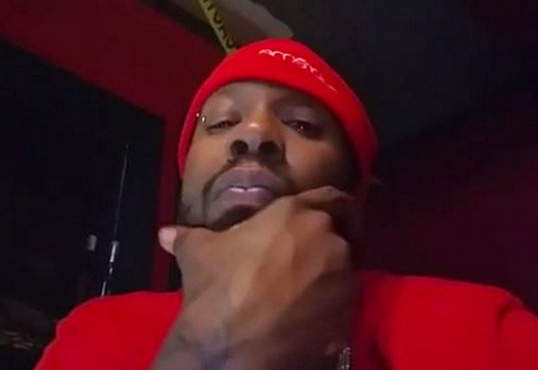 2 Chainz dropped his Daniel Son; Necklace Don mixtape on SoundCloud today, claiming that bootleggers caused him to drop the project ahead of its scheduled release.

Daniel Son; Necklace Don is made up of 10 tracks and includes features from Drake and YFN Lucci. Production comes from TM88, DJ Spinz and Buddah Bless.

Tity Boi’s most dedicated fans can purchase a special edition Daniel Son; Necklace Don package that features a hand-signed and numbered CD along with a T-shirt and a bandana. The package is $40 and there are only 200 CDs available.

2 Chainz is creating the hype for his Daniel Son; Necklace Don mixtape this week and the latest announcement is the tracklist for the project.

Daniel Son; Necklace Don is set to be made up of 10 songs. Drake and YFN Lucci are to be the only features. Production is said to come from TM88, DJ Spinz and Buddah Bless.

The project is set to drop Friday (August 5).

2 Chainz has shared the cover art for his forthcoming mixtape, Daniel Son; Necklace Don. The imagery is revealed via a series of Instagram posts and shows an animated Tity Boi with a red backdrop and plenty of chains.

The Atlanta rapper made the announcement for the project on the social media site by sharing a text convo with Drake.

This comes after the release of his joint album with Lil Wayne, Collegrove. He is slated to headline with Tunechi at his Lil Weezyana Fest later this month.

Check out the Daniel Son; Necklace Don cover art below:

It’s “time for some new music,” according to Atlanta rapper 2 Chainz, and he plans to deliver.

The Southern wordsmith announced yesterday (August 1) that his once-rumored Daniel Son; Necklace Don mixtape will be released this Friday (August 5).

2 Chainz revealed the news of his latest project in the most unique of ways, as he uploaded a screen capture of a text conversation with Drake, to his Instagram profile.

In the caption to the screen capture, 2 Chainz wrote: “Comin this Friday ……. “Daniel Son ; Necklace Don” …..Time for some new music”

The scheduled release of Daniel Son; Necklace Don comes months after 2 Chainz’s last studio album, ColleGrove dropped. The album served as a collaborative project between the rapper and Lil Wayne.

ColleGrove was received relatively well, scoring a 3.8 out of 5 in a HipHopDX review.

News of Chainz’s latest effort also follows several album announcements made this month. At the top of this week, Kanye West and Drake revealed their plans to link up for a joint album. Additionally, crooner Frank Ocean is reportedly dropping his much-anticipated Boys Don’t Cry album, this Friday.