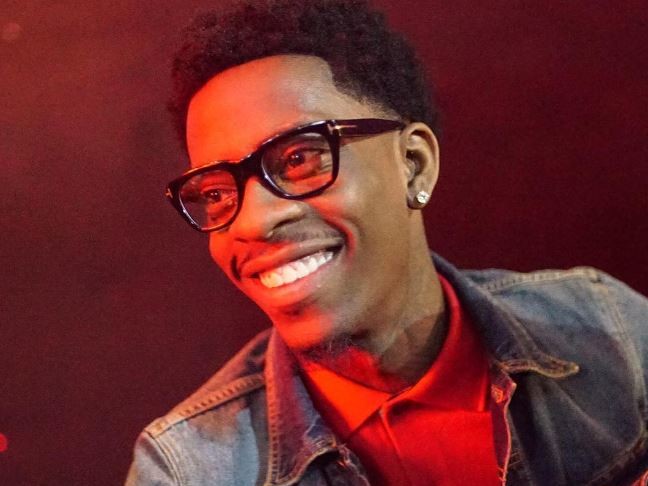 Although Atlanta rapper Rich Homie Quan has apologized for his disastrous performance at VH1 Hip Hop Honors, he has now passed the blame to the teleprompter.

During an interview with V103, Rich Homie Quan explained that he informed those putting on the show that he didn’t know all the words to Biggie’s verse on “Get Money.” He then revealed that a teleprompter was put in place, but when showtime came, the words were not there.

“Yeah, we rehearsed…I knew it by heart. But then my words–I told them I didn’t know all the words. So, the words were supposed to be on the teleprompter and they weren’t there,” Rich Homie Quan said.

When the popularity of Biggie and Lil Kim’s 1995 record was brought up during the interview, Quan clarified that he was brought up on the music of Southern wordsmiths like Kilo Ali, OutKast, and T.I.

“Being from Atlanta, I grew up on the Kilo Alis, the OutKasts, the T.I.s. The only song I know by Biggie is ‘Juicy,'” he said.

Following the backlash from his performance at VH1 Hip Hop Honors, Rich Homie Quan issued a lengthy apology via Instagram.

“I assure you that I never intended to disrespect Biggie Smalls,” Rich Homie Quan wrote in his apology. “I have long respected his work and his contribution to the rap game. I greatly apologize not only to Biggie Smalls, but also to all of my fans and to New York. The city of New York has been nothing but good to me.”

Audio of Rich Homie Quan speaking on what exactly went down during his “Get Money” performance, can be found below.