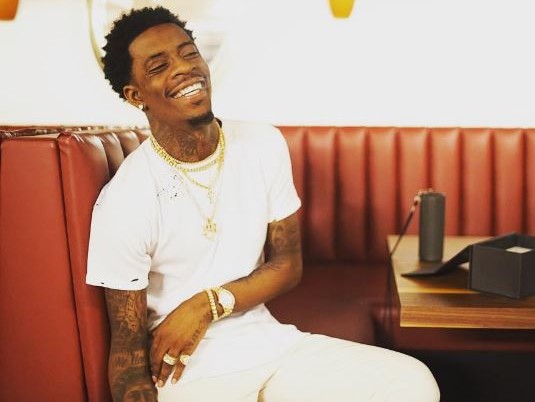 Atlanta rapper Rich Homie Quan swiftly angered the Internet last night (July 11) after forgetting the words to “Get Money,” during his performance with Lil Kim at VH1 Hip Hop Honors: All Hail The Queen.

After being introduced by Kim, who was one of the honorees for the evening, Quan eagerly ran onto the stage. Clad in a Coogi sweater, Quan was able to rap a couple of bars from the song before resorting to “yeah” and “hands up” after appearing to forget the words to “Get Money.”

As a result of the questionable performance, the Southern wordsmith’s Instagram profile is littered with comments suggesting that he “quit your day job,” and also informing him that he “let Big down.”

Despite what may have been the show’s most awkward performance, it concluded on a high note as Queen Latifah honored the female pioneers of Hip Hop, including Da Brat, Lady Of Rage, and Monie Love.

The official honorees for VH1 Hip Hop Honors, which was on a brief hiatus prior to last night, were Queen Latifah, Lil Kim, Missy Elliot, and Salt-N-Pepa.

A portion of Lil Kim and Rich Homie Quan’s “Get Money” performance can be found below: