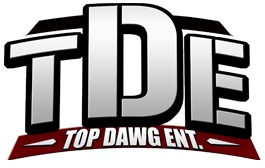 Top Dawg Entertainment is ready to take over the summer with the release of ScHoolboy Q’s Blank Face LP, due out Friday.

This follows the release of Kendrick Lamar’s untitled unmastered. project and precedes LPs from Ab-Soul and Isaiah Rashad.

In his recent interactions with fans, Anthony “Top Dawg” Tiffith was asked if, after all these releases, TDE will go out on tour.

When asked who’s project is coming next, Soulo or Zaywop, Top Dawg leaves it to mystery. He also says something special in the works for fans that should be ready next week.

TDE performs each Christmas season at Nickerson Gardens in the label’s hometown of Watts, California. The entire roster, including SZA and Jay Rock, puts on a show and holiday toy drive for local families.

In between these shows, each artist has gone on solo tours. ScHoolboy Q is preparing a tour in promotion of Blank Face LP. When he traveled for Oxymoron, he took Isaiah Rashad on the road with him. Kendrick Lamar and Jay Rock toured last year on K.Dot’s Kunta Groove Sessions.