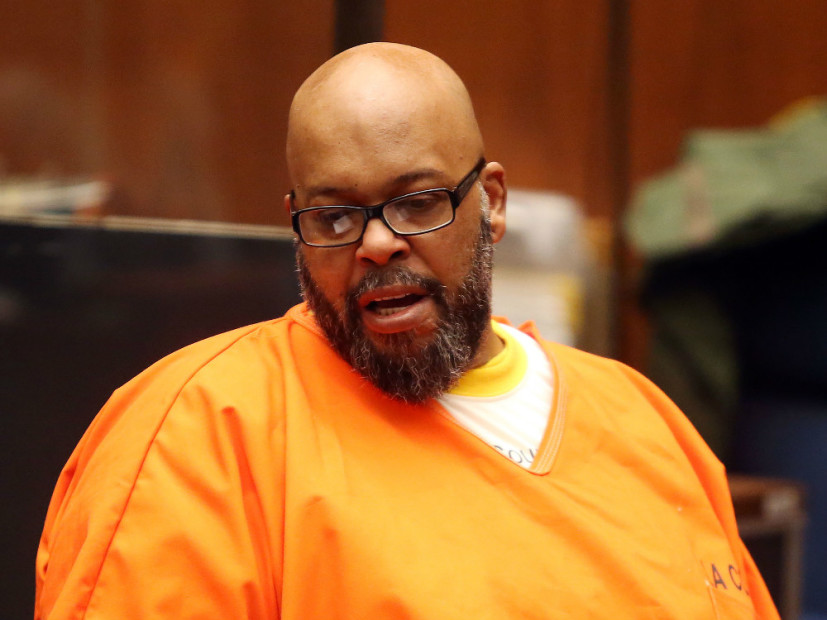 Los Angeles, CA – Suge Knight is taking Chris Brown to court after sustaining seven gunshot wounds at a party in 2014 and is claiming the incident links to his hit-and-run near the set of Straight Outta Compton the following year, according to the Associated Press.

C-Breezy was hosting a party at 1 Oak in Hollywood, California when the shots were fired.  The rap mogul suffered injuries to his abdomen, chest and left arm and he is suing both the Royalty singer and club owners, saying they didn’t provide proper security at the venue.

The case is filed in Los Angeles Superior Court and Knight is demanding Brown, his party co-host Pia Mia and the club pay for his past and future medical bills for the injuries. He is saying the venue should have taken extra security measures because of a history of violence at Brown’s events and his alleged gang ties.

In the aftermath of the shooting, Brown denied involvement and said he would cooperate with authorities in their investigation.

Knight says that after the shooting, he visited the set of Straight Outta Compton and was reportedly beat up by Cle “Bone” Sloan. He says he was still recovering from his injuries from the 1 Oak shooting and acted in self-defense when he ran over the three men, including Sloan, explaining that he feared for his life.

One of Knight’s lawyers, J. Tooson, wrote in a statement, “Mr. Knight was still extremely frail from his gunshot injuries less than five months earlier. When the facts are finally revealed in this case, we’re certain it will be apparent that our client was simply trying to flee for his life.”

The former head of Death Row Records is facing murder charges for allegedly running over the men, injuring two of them and killing Terry Carter. He is awaiting trial.

There was also a shooting at a club in San Jose last January at a party that Brown hosted. The singer was sued for that incident and the plaintiff cited the 1 Oak shooting with Knight in his case.

Knight took Kanye West to court in 2010, four years after being shot at a party in Miami Beach hosted by Yeezy. Like this new case, he blamed the rapper for not providing sufficient security for the event. A judge ruled in favor of the “Famous” MC, saying there was no way to forecast the shooting.