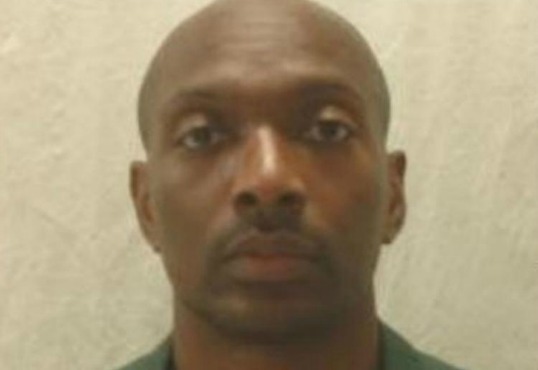 On Feb. 15, 1999, Lamont “Big L” Coleman was gunned down not too far from his Harlem residence just as he began to actually see his rap career bubble. The witty lyricist — who had once introduced a young Jay Z to several Hip Hop circles — was said to be on the verge of closing a deal with a then untouchable Roc-A-Fella Records and finally obtain the props he deserved.

Although his murder was never solved, police (and “the streets”) long believed the assassin to be Gerard Woodley, a close friend of Big L’s brother, Leroy “Big Lee” Phinazee, who had a falling out with the Colemans and reportedly enacted revenge on the burgeoning rapper.

According to DNAinfo, Woodley’s name is circulated in four other homicides and a source simply stated, “He did a lot of bad things and someone decided it was time to go.” Police also dismissed the notion that Woodley’s murder is associated with Big L in any fashion, pointing out the nearly 20-year gap since the “MVP” rapper was killed.

NYPD officials also noted that Woodley had been maintaining a low profile as of late but attributed his murder to “illicit business in New Jersey.” Federal investigators were reportedly pursuing a guns charge for Woodley in efforts to compensate for the missed murder convictions.

Big L to the far left and his killer to the far right… Pac said it best "Keep your enemies close watch yo homies" pic.twitter.com/6c6zR6ul92

Woodley had six arrests under his belt but none more notorious than in 1999 when he was cuffed for shooting Big L nine times in the face and chest during a drive-by shooting. The Manhattan District Attorney later dropped the case out of the belief they couldn’t round up any surveillance footage of Woodley at the crime scene nor tap enough witnesses to testify. The street code generally refers to the latter as “snitching.”

Woodley’s 85-year-old aunt spoke with DNAinfo about her deceased nephew, eulogizing him as a “pretty good guy” who actually had a bond with Big L.

“They were good friends,” she said. “We were friends with the family even after he was killed. We still talked.”

“My mind is gone. I didn’t sleep last night. It don’t make sense,” she added.

Lavern Black, Woodley’s mother, spoke to the NYDailyNews and posed the question: “Where was his bodyguard?”