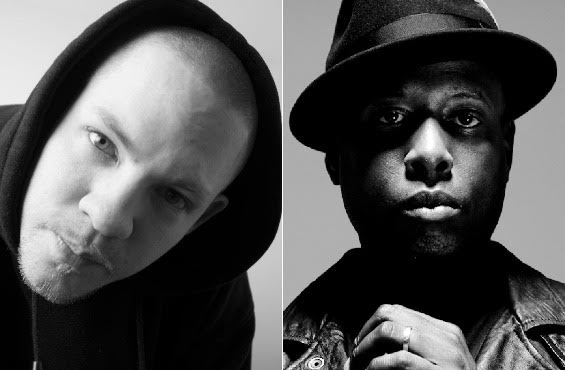 In an intense back-and-forth on Twitter back in April, Talib Kweli and Diabolic exchanged disses. Diabolic blasted the Black Star rapper over his analysis of the question, “If a white rapper asks a black rapper if he’s pro black racist or both, he’s saying I’m racist for being problack,” which was a response to Wu-Tang rapper Remedy. Remedy, who is White, called Kweli racist.

Diabolic thundered in and said Kweli needed to check himself for making generalizations about white rappers.

Kweli wrote a piece on Cuepoint called “When ‘White Fragility’ Affects Rappers: The true tale of why Remedy and Diabolic need to have several seats” where he defends the Black voice of Hip Hop against White rappers who he says are too sensitive to handle the tension.

Now, Diabolic has taken to wax to address the beef on a track called “IneKwelity,” a play off “inequality.” In the four-and-a-half minute song that plays off Black Star’s “Definition,” he blasts Kweli for being an Internet thug.

“Not only do you generalize / You lie in general / Doubt my potential ’cause my skin is white / Shit, if writing’s your superpower / Making sense is kryptonite / But don’t doubt the fact I’ll show up at your crib tonight and hit you with a right for each thing you wrote I didn’t like,” he raps.

He also says Kweli’s career is dead, contrasting the accusations of white rappers as culture vultures to the metaphorical vultures surrounding his music.

Kweli went back to Twitter to call the diss track “basura,” which is “trash” in Spanish. He also said Diabolic “ethered himself,” and claimed he would “rap over one of his hits but he ain’t got none” with laughing emojis.

Kweli’s fans chime in saying they weren’t impressed by the track. Kweli quotes one who says that the song would be better as a jingle for a diapers advertisement, calling the rapper “diaperbolic.”