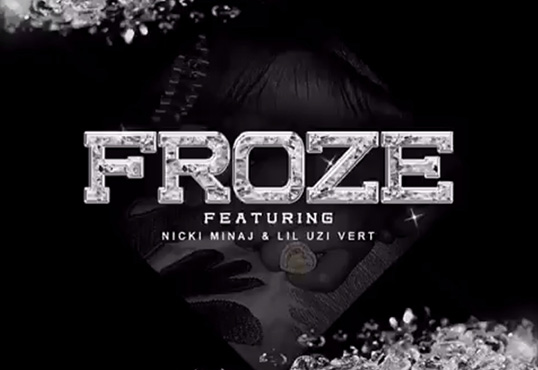 Meek Mill is out and now so is a clip of his new track.

The Philadelphia rapper celebrated the end of his three-month house arrest for a parole violation with a “Return Of Meek Mill” party in Los Angeles on Friday night, and then on Saturday a clip appeared of his upcoming song, titled “Froze.”

The low-quality clip was shared by DJ Akademiks on Twitter.

The song features Meek’s better half Nicki Minaj (though she doesn’t appear in the 30-second snippet) and fellow Philadelphian Lil Uzi Vert, who was just named to XXL’s 2016 Freshman list. That distinction comes five years after Meek made the 2011 edition.

Despite Meek’s recent physical limitations with the house arrest (which was extended by eight days after he failed to meet his community service requirement), he’s managed to stay active, performing with Beyoncé on her “Formation” tour’s Philly stop, appearing with Fabolous and Jadakiss on an “All The Way Up” remix, and winning Billboard’s rap album of the year.

Nicki is obviously spotted with her man on the regular, but she also recently shared an image of herself and Lil Uzi on IG.