Meek Mill Celebrates Being Off House Arrest At Playhouse 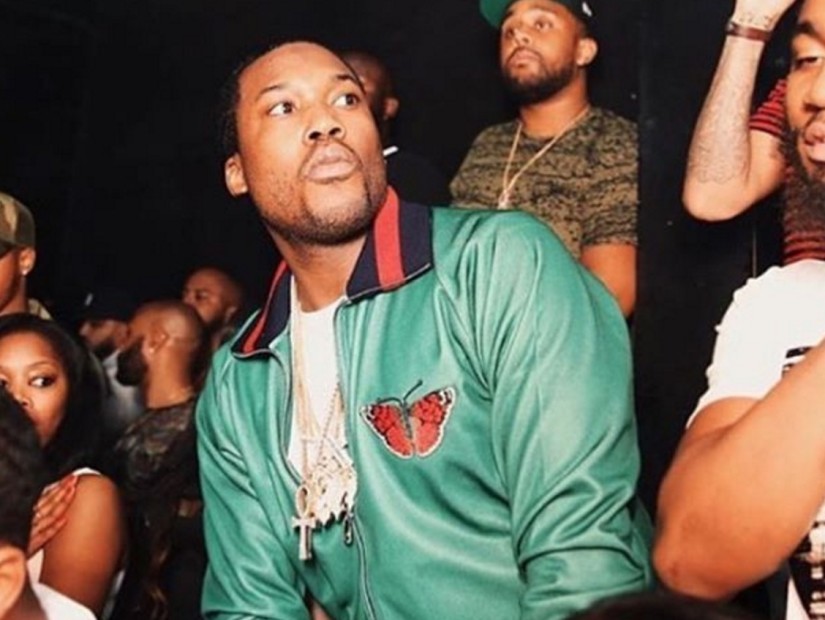 Los Angeles, CA – The past year hasn’t been the smoothest for Meek Mill between his various beefs and issues with law enforcement. However, he might be finding his light at the end of the tunnel after being released from house arrest after serving three months for a parole violation. Well, at least he could claim a Billboard award for Best Rap Album.

And how does he celebrate?

From Philly to Los Angeles, Mill turns up at Playhouse Night Club Friday night alongside his homies and significant other, Nicki Minaj.

Though handicapped by his legal predicament, the Philly rap star kept himself relevant through videos including rounds of Grand Theft Auto V with Chief Keef and event released music after a judge blocked him from for a while. Eventually, he dropped freestyles over Desiigner’s “Panda,” Fat Joe & Remy Ma’s “All The Way Up,” and even “Summer Sixteen,” originally recorded by his archenemy, Drake. Mill even managed to make a surprise guest appearance at a Philly stop on Beyonce’s Formation Tour.

Originally, Meek was supposed to be off house arrest at the top of the month. However, failing to complete his community service led to an extension for several days.

Check out Instagram photos from the “Return Of Meek Mill” event below.