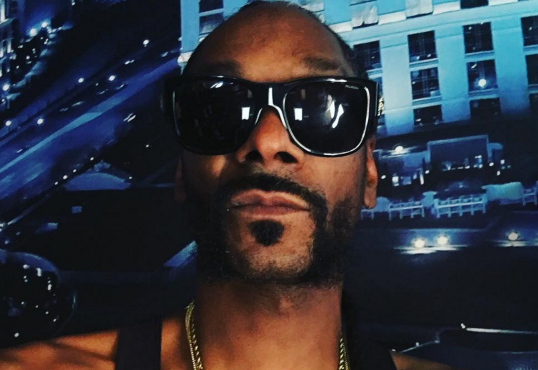 Snoop Dogg’s disdain for the Alex Haley Roots remake has earned him a new detractor in TV One correspondent Roland Martin. The revamped miniseries premiered on Memorial Day via History, A&E and Lifetime’s channels to 5.3 million viewers (8.5 million when re-airing numbers were tallied), making it the biggest miniseries audience in more than three years.

But the legendary rap star didn’t have a fuck to give on the matter. He inadvertently gave the show promotion by blasting it ahead of its spectacular opening.

“I can’t watch no mo’ mothafuckin’ Black movies with niggas getting dogged out,” Snoop said on Instagram before citing 12 Years a Slave and Underground as other means of edutainment he couldn’t get jiggy with. Martin, however, took issue with Snoop’s issues.

“So @SnoopDogg is demanding films showing successful Blacks, yet in 75 Hollywood credits, the closest he’s done is Soul Plane. Really?” Martin tweeted. “If @SnoopDogg wants to show movies with successful Blacks, then when will he actually play one? Produce one? Finance one? Direct one? #Roots. On IG, @SnoopDogg says he’s a “real nigga.” But in @RootsSeries, when #KuntaKinte was called a nigger, he said, “I’m a mandinka warrior. Maybe if @SnoopDogg bothered to watch @RootsSeries, he would see the Mandinka warrior and not see himself as slave masters did: A nigger.”

Snoop didn’t directly respond to Martin but he did post a rather telling meme that aligned with the conflict he had stirred up. It read, “The trick is to care about everyone while not caring what they think.”

The social media stir did attract the attention Levar Burton, the longtime actor who portrayed Kunta Kinte for much of the original version, thus, making him the face of the miniseries. He sympathized with Snoop’s stance and even offered to sit down and discuss it over some cold malted barley.

Of course, that’s not Snoop’s vice of choice but you never know. Check out Martin’s full Twitter exchange towards Tha Doggfather along with the others down below.