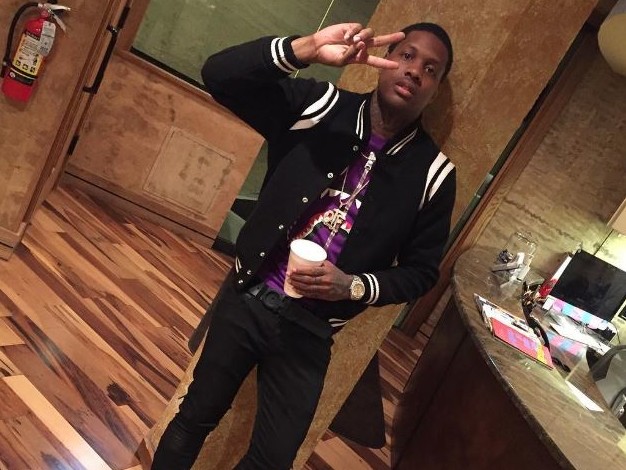 Lil Durk Declares Himself The Number One Artist In Chicago

Lil Durk considers himself among the Chicago elite.

During an interview with Rolling Stone, Chi-Town lyricist Lil Durk was asked if he places himself among the elite from his city. The rapper quickly responded with a “yeah,” before adding that he considers himself number one.

Durk revealed that he meant no disrespect to the other Chicago artists with his declaration, but explained that if you’re confident in yourself as an artist, you shouldn’t be afraid to let it be known.

“Yeah, number one,” Lil Durk said when asked if he’s among the Chicago elite. “Nah, but definitely number one. No shade to the other artists in Chicago. Salute [to] all the Chicago artists that’s turnt up, doing they thing right now. But if you got confidence in yourself and you know you number one, say it.”

Lil Durk later shared the details of how the likes of Young Thug and Jeezy encouraged him to release Lil Durk 2X as an EP, as opposed to a mixtape.

“Lil Durk 2X was supposed to be a mixtape,” he said. “But I turned it into an album because when I introduced the music to Jeezy. When I showed Thug or Gotti the project and had ’em listening to it they were like ‘Man, why you giving this away for free?’ And I started thinking about it. Like ‘Damn, this shit is hard.’ So, we just started politicking with the team. And they was like ‘We should make it an EP.’ And that’s what we did…I wanted to do something different and just get good vibes. Just like a burst of good music.”

Video of Lil Durk declaring himself number one in Chicago, can be found below.