Chance The Rapper Deconstructs Kanye West-Assisted "All We Got" Track 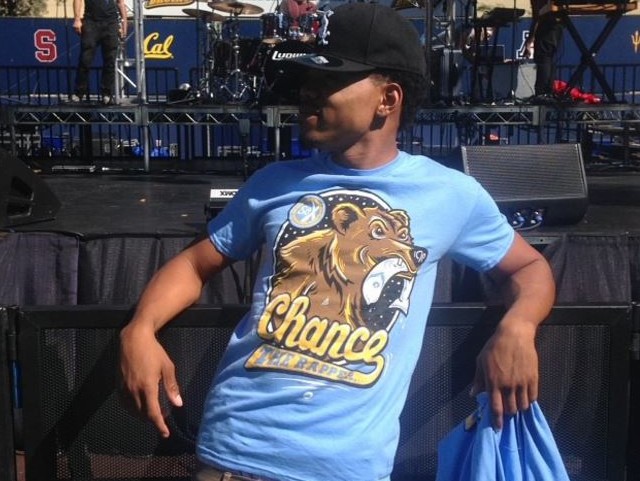 Chance The Rapper breaks down his Coloring Book record, “All We Got.”

This week, Chicago lyricist Chance The Rapper took part in an hour-long interview with Apple Music’s Zane Lowe. The first part of the interview consisted mostly of Chance deconstructing the Kanye West-assisted track, “All We Got.”

“‘Music is all we got’ is Kanye’s lyric, right? So, that record is perfect because it wasn’t the first record that we made for it,” Chance The Rapper said. “But just like that intro ended up being the thesis for the project. So, I had made a lot of records. And I had a record on their called ‘Finished One’ that was originally gonna be the intro. That was a weird sequencing. I’m glad that that’s not how it ended up being. But that record is so much of the record because it talks about faith. It talks about–there’s other blessings in the world…At the end of the day, music is what we have…Kanye called me while I was in Chicago and was like ‘I wanna help you in whatever way I can. This was two months ago.”

Chance later explained how Kanye was able to add his signature touch to “All We Got,” sonically.

“He asks us to pull up the track,” the rapper said. “We pull it up. He starts doing his Kanye dance to it. And he’s like ‘Okay, I fuck with it. Take off all the drums.’ So, I’m like ‘Okay, I don’t really know what that means, but we’ll take off the drums.’ And now it’s just horns, synth. And ‘Ye says ‘Pull out the MPC.’ So, they bring out this MPC…And he records drums in a way that I’d never seen before…And then he goes through and freestyles over it.”

Audio from Chance The Rapper’s interview with Zane Lowe, can be found below.