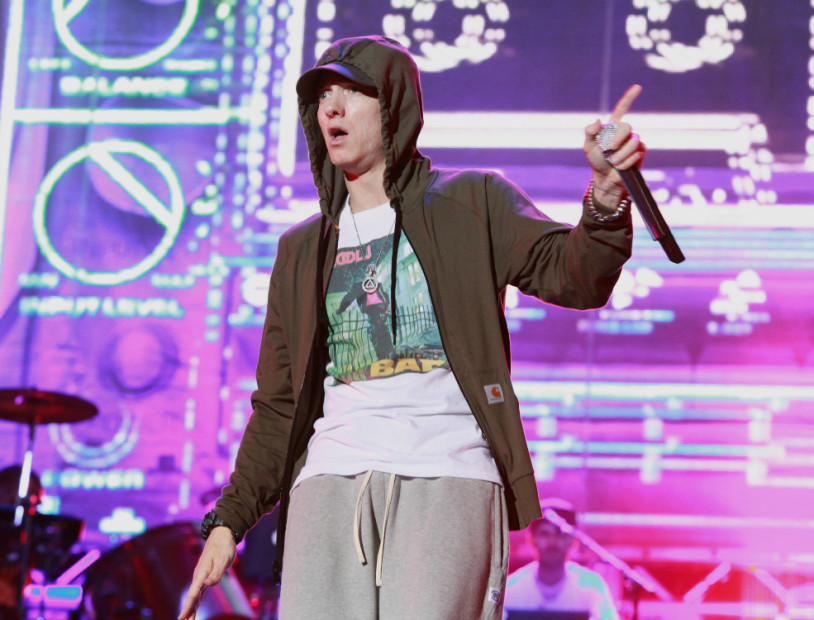 Eminem To Re-Release "The Marshall Mathers LP" As Cassette Tape

The post features an image of a door with the numbers “19946” spray-painted on it. This was the address of Eminem’s childhood home.

The Marshall Mathers LP featured the hits “Stan” and the breakout single, “The Real Slim Shady,” which Eminem performed at the 2000 MTV Video Music Awards with hundreds of look-alikes with bleached blond hair.

The album was certified 10 times platinum in 2011.

The announcement of The Marshall Mathers LP re-release follows the reissue of The Slim Shady LP on cassette, which was released in March.

Fans can join the email list for future updates on the release of The Marshall Mathers LP cassette here.