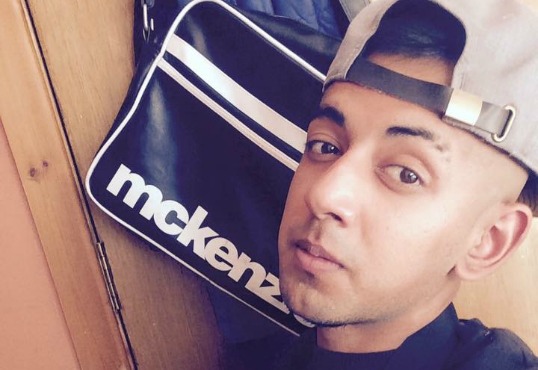 "Panda" Producer Fires Back At Jermaine Dupri: "I Was Influenced By Grime"

Manchester, England – The vocal similarities between Desiigner and Future are a well-worn topic at this point but the overall biting conversation was revamped when Jermaine Dupri pointed out the beat to the Brooklyn-born rookie’s Billboard chart-topping single “Panda” awfully resembled his rival’s equally popular, “Fuck Up Some Commas.”

A recent chat with Menace, the architect who laced the turn-up for “Panda,” is debunking that notion while offering scientific reasoning as to why he’s not a copycat.

“That situation was dealt with my own team and obviously we got professionals listening to the beat and there are no similarities,” Menace tells HipHopDX from the confines of his own Manchester residence. “Because in the song ‘Fuck Up Some Commas,’ the main sound is a piano where as mine is a synth sound. And mine keeps going where as ‘Fuck Up Some Commas’ goes and stops. And my drums as well; that’s the main difference you can tell, my drums are more hard-knocking than ‘Fuck Up Some Commas.’

When poised with the coincidental aspect that most trap music will sound alike given its roots in 808s and rap cadences, Menance (born Adnan Khan) somewhat agrees but points out that he made the “Panda” instrumental in 2014 and was heavily influenced by the sounds of his homeland.

“Obviously when you have people saying ‘Oh yeah, the beat’s sound the same,’ I was like ‘kinda, yeah’ but that’s one opinion; respect everyone’s opinion,” he explained. “The influence was from grime. Grime is the UK scene. And grime is an energetic type of form of music that can be 140 BPM but an ‘explode-in-your-face’ type of music. And the BPM’s on both beats, they don’t match as well. Mine is faster. Much, much faster.”

There will be plenty of opportunities for Menace to show and prove how his grime and new age Hip Hop sensibilities can sustain in the marketplace. He names Lil Wayne, French Montana, Ty Dolla $ign, T-Pain and Vado as the recent recipients of his beats and can’t wait to pay a visit to the states to connect with the artists in person. He also doesn’t plan on celebrating any personal victories until he’s on a GRAMMYs stage hearing his name called. After all, Menace, 23, has been making beats for nearly half of his life when he started making beats at the age of 12.