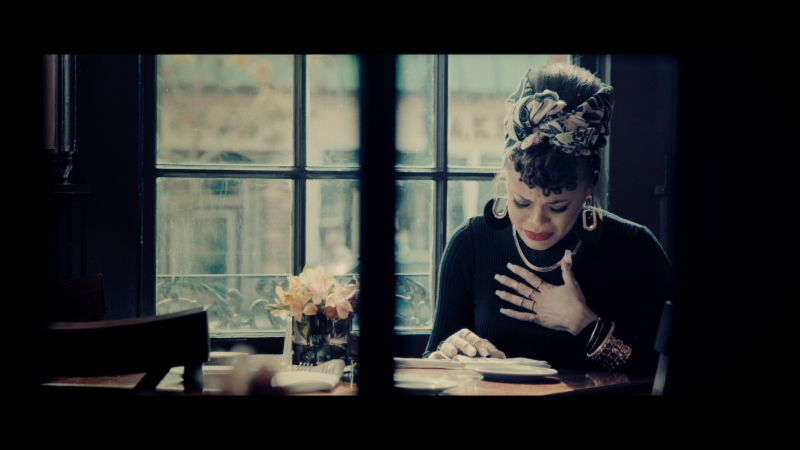 Andra Day enlisted Spike Lee to direct the music video for her single, “Forever Mine.” Now she teams with 6th Sense director, M. Night Shyamalan on her enslaving ballad, “Rise Up.”

This unlikely pairing was made possible through the power of Twitter. “We were looking into a list of directors, but I didn’t see any treatments that were quite right,” Andra Day tells HipHopDX. “So I began to pray about who should direct the video, and the next day I got a tweet from M. Night Shyamalan that said ‘love the new album, Andra let’s do a music video together #Night&Day.’”

According to Day, Shyamalan’s daughter, Saleka Shyamalan is big fan of the rockabilly songstress and introduced her father to her GRAMMY-nominated album Cheers To The Fall.

“It really moved him,” she says. “We spoke about the creative and scheduling, and it just so happened that he had a window of time in October at the same time we had a break in our schedule. I told him about the story I wanted to tell and he loved it and began throwing around ideas.”

“I loved Andra’s album and tweeted her,” Shyamalan adds, via statement. “She is an honest artist and wanted to tell a moving story. I felt very emotional making this video for her.”

Shyamalan uses a relationship between a woman and a paralyzed former soldier as “Rise Up’s” central metaphor. The couple wakes up together. She helps him out of bed and into his wheelchair, bathes him, dresses him, and drives him to the restaurant for their date. The visual is gripping. The statement is inspirational.

Day says she was initially “intimidated” by Shyamalan, but overall the experience was “amazing.”

“He was so down to earth,” she says. “I’d get so excited to talk about creative execution of the video because it felt like I was on the phone with a college video production classmate. He found the location and the actors. He sent me the actors headshots and I thought they couldn’t have been more perfect. The shoot was two days long, the actors the first day, and my performance shot the second day. I got to meet his family on set as well, and when we wrapped we all had dinner at his house.”